Livpure Private Limited, India’s fastest growing water purification brand unveiled its latest campaign #CuttingPaanitoday. Based on the concept of Cutting Chai, a unique culture in India, this novel campaign brings focus on the very fact that ‘if the quench is of half a glass then one should only take half a glass of water’.

The campaign #CuttingPaaniurges consumers to adopt the habit of asking for half a glass of water instead of full, since you can always ask for more if needed. This is an idea that will resonate with the common man, since ‘cutting chai’ is a phrase used colloquially by Indianswho want tea! Globally, a lot of international coffee chains offer cutting chai for tea lovers thereby acknowledging Indian way of drinking tea.

Conceptualized by Famous Innovations, the three films developed portray varied scenarioswhich are both indoor and outdoor, namely, an office setting, a café and inside a home. The production values are high and the setup is natural establishing the concept of #CuttingPaani and amplifying the fact of optimizing usage of water by taking only what is required.The tagline of the campaign is –Agar pyaas cutting ki hui, toh full glass kyun? Bacha huya paani koi aur pee lega!The campaign intends to rope in relevant influencers to support the message of saving water.

The campaign will be supplemented with digital content in the form of posts along with these three films through the brand’s social media platforms. This will also be supported with on-ground activations.

Commenting on the campaign, Sushil Matey, Director-Marketing, Livpure said, according to Asian Development Bank’s forecast, by 2030, India will have a water deficit of 50 percent. Research also shows that 7 out of 10 people don’t finish their glass of water, which then goes to waste. Livpurewas keen to draw attention to this hard reality in a simple and effective manner. Although, there have been very powerful campaigns to spread awareness about water conservation, very few gave practical and doable solutions. With #CuttingPaanicampaign, we wanted to highlight the significance of drinking water judiciously. Digital, emerging as a favored medium of communication, we intend to go all out and spread the message far and wide.

Siddhartha Singh, CEO, Famous Innovations, said, “For any movement to galvanize we need a meaningful, actionable symbol that people can adopt in their everyday lives. Asking for #CuttingPaani represents just that. It’s a small step when you’re eating at a restaurant or visiting someone’s office, but it stands for a thoughtful and progressive mindset. We hope that people will feel proud when they consciously ask someone to give them only half a glass of water.”

This is an extension of the campaign #FinishYourGlass that was launched by Livpure in June 2017 and ran till August 2017. In #FinishYourGlass campaign, the company urged people to drink adequate amount of water to help them improve their health.Livpure has tremendous focus on digital brand communication and has done various campaigns in the year 2017-18 to be the most talked about brand in the category. They command the highest social SOV for the past six months according to a recent Meltwater report. 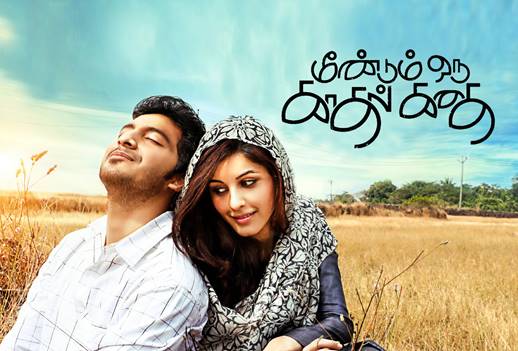