Raja Kumari and Dr Zeus come together for first ever ‘spanjabi’ track VAMOS!

After releasing back to back chartbuster singles such as Woofer and Nakhra Nawabi, BeingU Music is back with another song which could become the next viral sensation! The music label is all set to release its new track titled VAMOS. Introducing Badal, a rising young talent and a YouTube sensation from Punjab. The song has been composed by Dr. Zeus in collaboration with the Indian-American Songwriter and Rapper Raja Kumari and features the Model-Actor Seerat Kapoor. The music video has been directed and conceptualized by Directorgifty.

VAMOS is a first of its kind upbeat track which has been written and sung in not just one or two but three different languages altogether! The fusion of Spanish, Punjabi and English is what makes this song have its own style and uniqueness to it.

Having worked with BeingU Music in their past couple of tracks, Dr. Zeus stated, “Vamos is one of the most interesting projects I’ve worked on recently. The fusion of three languages coming in one track is what makes it so special. With such talented people like Badal and Raja Kumari on board, we can’t wait for the audience to hear the track”.

Another popular name associated with this song is Indian-American songwriter Raja Kumari. Best known for her collaboration with notable artists including Gwen Stefani, Iggy Azalea, Fifth Harmony and others. She was also nominated for a Grammy award in 2015. When asked about her collaboration with this track, the singer stated “Growing up in California, I have always had a love and connection for Spanish music. I never thought my first Spanish record would have a Punjabi touch to it. This song is a bit different from what I usually do but the experience overall was amazing, I just wanted to have fun with it and I hope my fans like it.”

Commenting on the launch of their third song, the founders of BeingU Music – Gurjot Singh and Akshit Kumar said, “After receiving an overwhelming response from the audience across the globe for our recently launched tracks, that is Woofer and Nakhra Nawabi, we’re as excited to present our latest single VAMOS. With a bunch of talented artists like Badal, Raja Kumari and Dr Zeus, the overall product looks outstanding. As we always mention, our aim has always been to take the Indian music industry to the global platform and we’re glad to present such talented musicians across all platforms”.

Hook up with the song here

We surely can’t wait for Badal and Raja Kumari to spell their magic with this new track! 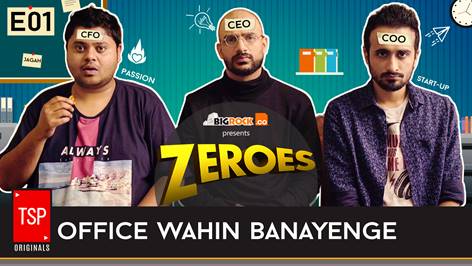