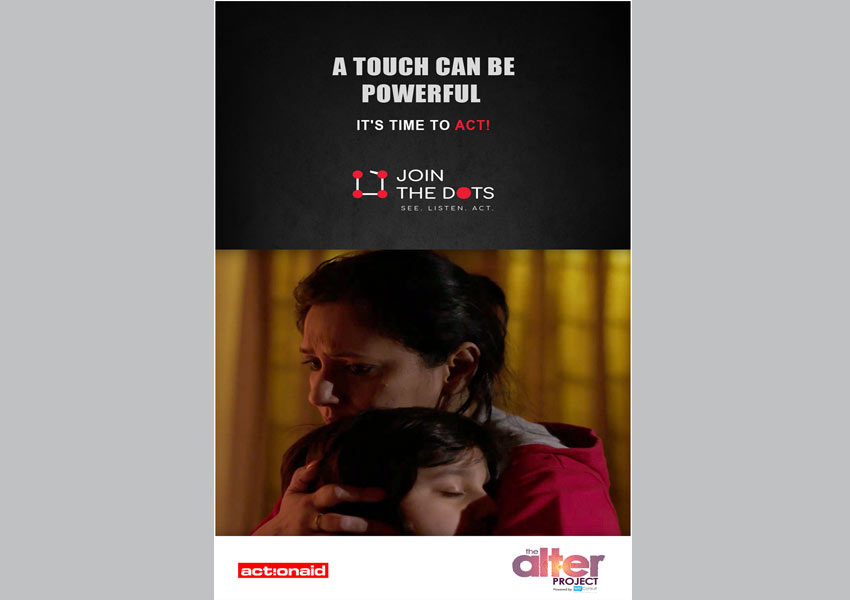 ActionAid India, an agency working with vulnerable communities since 1972 to further social and ecological justice, in partnership with WATConsult, a digital agency in the Dentsu Aegis Network’s bouquet, has launched #JoinTheDots, a campaign to highlight child sexual abuse. The campaign aims to prevent the incidence of abuse as well as encourages adults to address such violence with a call to action to See, Listen and Act.

The campaign video, launched digitally, opens with a mother’s narrative showcasing a strong bond with her son, threaded together by their intimate and candid moments. It further highlights subtle signs of behaviour change in the child that parents unintentionally tend to ignore, considering it normal.

The film points out that the behavioural signs of a sexually abused child can be very similar to the signs caused due to other conditions or stress, physical or mental. It emphasizes that these signs are all present around us and adults just need to spot them and address them in time. Parents and guardians have to encourage a culture of regular communication with their child and be vigilant to acknowledge hints. This would help prevent or tackle any incidences of abuse, with the child’s best interests in mind.

To make the same simpler, the campaign video leads to a ‘Conversation Starter Tool’ on the website: www.jointhedotsnow.com. The tool enables an interestingly active conversation between a responsible adult and the child in her/his care. Through this, the child can speak about the different worlds she/he inhabits, every day, and what she/he experiences and feels in these worlds.

Elaborating on the campaign, Sandeep Chachra, Executive Director, ActionAid India said, “ActionAid India remains committed to working for the protection of children, especially girls, from discriminatory practices of sex-selective abortions, trafficking, and sexual assault. Over the years we have worked with allied organizations, the administration and policymakers to bring change on the ground for the protection, nutrition, and education of children. Children’s vulnerability will remain till children in all contexts are recognized as equal citizens. In the family, this calls for children being listened to and their interests being considered as equal, if not of paramount interest. Through the “Join the Dots” campaign, we want to help adults see, listen and act in the best interests of children.”

Working with a number of State Governments, ActionAid has been able to make a positive impact on ensuring good quality public education accessible to all children, the laws prohibiting child marriage are strengthened in multiple states and also the laws against child labour are stringent.

Boomlet Media, a Content Marketing agency, also came on board as supporting partners for this campaign.

With this campaign, WATConsult announces the launch of ‘The Alter Project’, a dedicated vertical for public service campaigns fronted by brands and institutions. The Alter Project, through its campaigns, will leverage the power of digital to champion causes, challenge archaic norms, drive civil action and inspire change.

Speaking on the occasion, Rajiv Dingra, Founder & CEO, WATConsult said, “Social good has always been at the core of our growth philosophy with our teams fearlessly picking up issues that needed a voice to transform the social order in the country. The last year at WATConsult, we saw bold campaigns that dealt with subjects such as girl child education, rights of transgender people, youth suicides, child trafficking, organ donation and such others mobilizing stakeholders through unique ways. It’s time for brands to step forward and champion mass movements for the public good. Just like its logo, The Alter Project, through its collaborations with brands and its campaigns, will lead to a new wave of dignity, equality, and inclusion. We invite brands to associate with The Alter Project by WATConsult and write the new narrative together.” 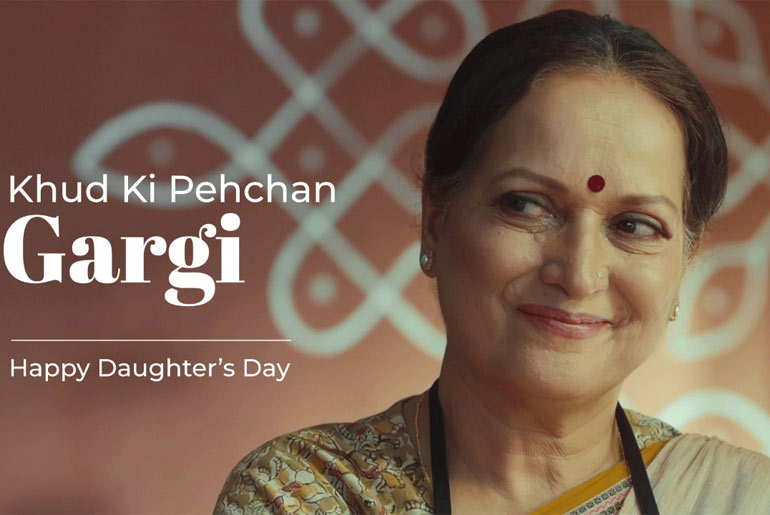 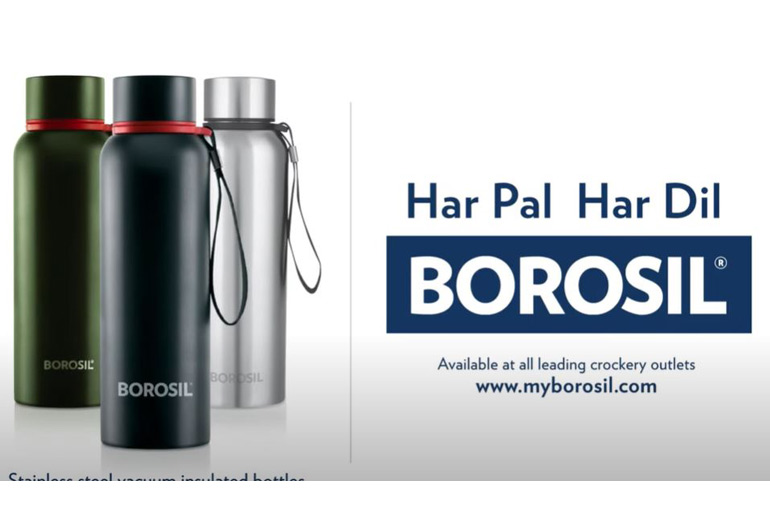 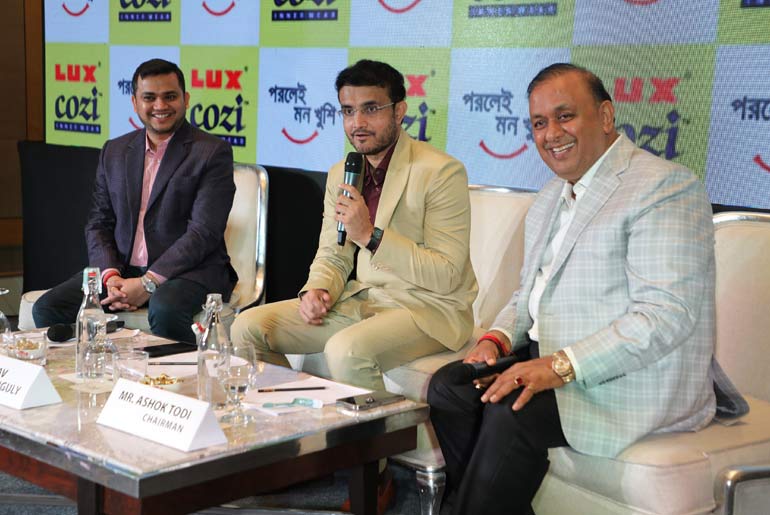 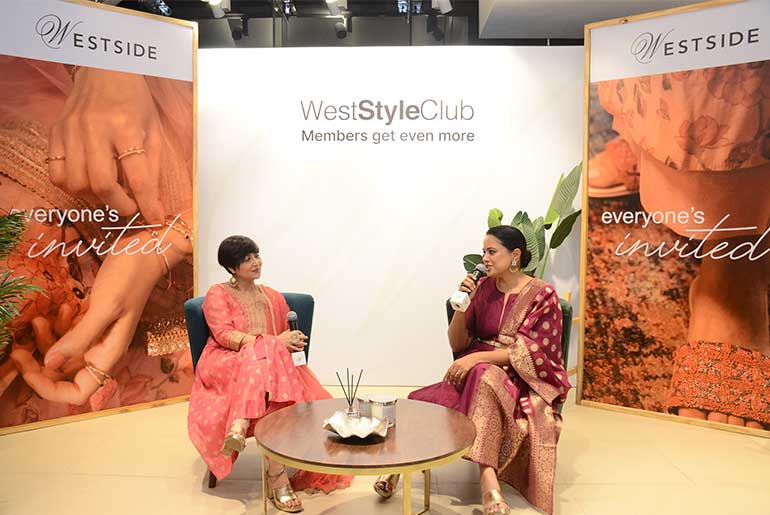 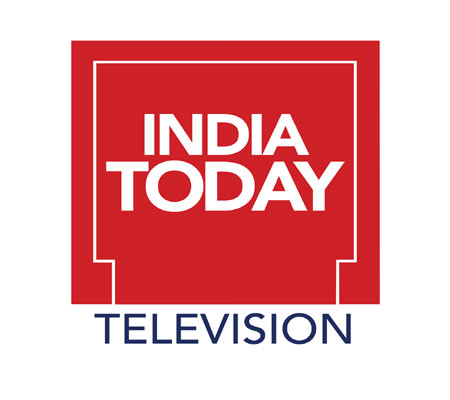 India Today TV launches the country’s most democratic newsroom, a prime-time show devoid of any agenda, where news anchors are given free rein to present their...