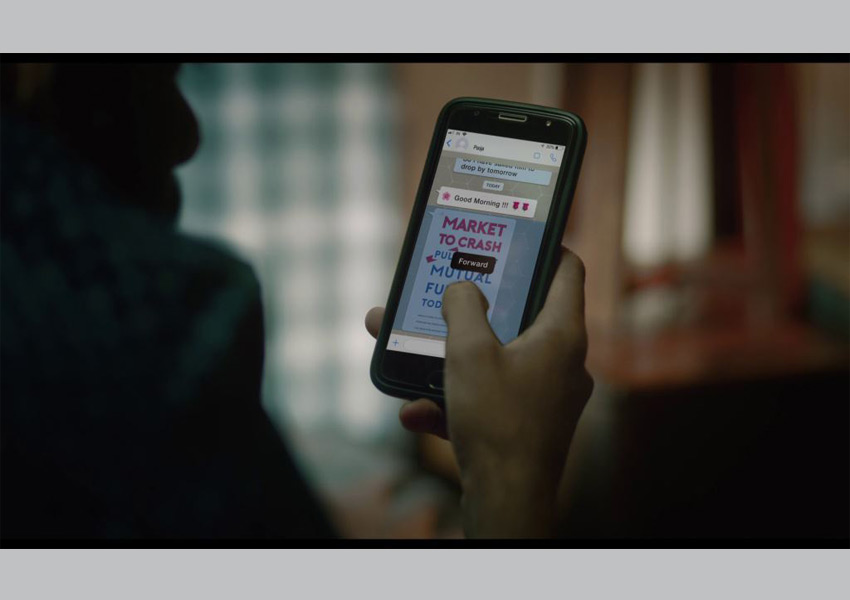 Axis Mutual Fund has launched an investor awareness campaign with the message for investors to act responsibly when it comes to such messages on money/investments – not act upon or spread news which they are not sure of in terms of the veracity given that such acts can lead to undesirable consequences. People tend to take irrational decisions basis what they generally hear about markets. The underlying message is to consult a financial advisor instead of getting influenced by unverified news, and in this lies the act of responsibility.

The campaign is based on real life examples where in people get heavily influenced by news that gets circulated on social media and messaging apps. And when the news is about money and investments, it tends to create speculation resulting in worried investors.

Speaking about the initiative, Rohan Padhye, VP – Marketing, Axis Asset Management Company Ltd. said: “The industry has done a good job in getting new investors warmed up to mutual funds. It is imperative to keep guiding such investors on various aspects of investing which the financial advisors are anyway doing. As a responsible mutual fund, our objective is to create awareness about responsible investing practices and how one can become a responsible investor. While this endeavour is on through various communication interventions, we felt it is equally important to dwell upon the behavioural aspect of investors as any kind of bad news can work negatively on the investors’ minds.

While we consider ourselves responsible for playing the role of a credible and responsible asset management company, we would expect similar reciprocation from our large retail investor fraternity to be alert and disciplined in their approach and not fall prey to unsolicited, fake information and rumours.

This follow up messaging of acting responsibly is a natural progression for the brand as we believe the true benefit for all the stakeholders would be derived only if all demonstrate responsible behaviour in their respective roles.”

Axis Mutual Fund’s latest campaign shows people randomly forwarding and reacting dramatically in different situations after reading a red alert message on markets. The film ends with a message urging investors to be responsible and not spread or act upon any fake news when it comes to investments, instead consult a financial advisor.

ZEE says #HumAndarCoronaBahar with a unique take on social distancing