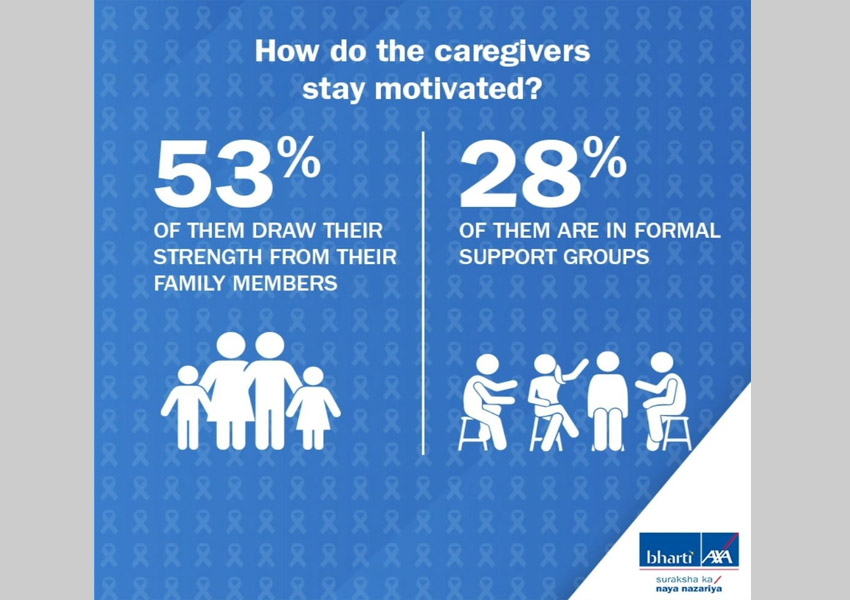 With the pandemic ragging caregivers are having a tough time to survive, and to honour them Bharti AXA General Insurance has launched a new campaign called #EkNayaNazariya by asking everyone to express their gratitude with the #IssJungMeinHumSangHai statement.

The aim of this campaign is to acknowledge the caregivers who are supporting cancer survivors. And for this  Bharti AXA General Insurance collaborated with spoken word poet and caregiver, Priya Malik for a poignant tribute, ‘NayaNazariya’ to shed light on the selfless devotion of caregivers everywhere

Commenting on the initiative, Mr. Sanjeev Srinavasan, MD and CEO, Bharti AXA General Insurance, said, “With this campaign, we aim to draw focus towards everyone’s role in achieving a healthier and brighter world without cancer. It is essential to spread awareness about the importance of a caregiver’s physical, emotional and mental health for the well-being of a Cancer patient. We would like to dedicate our initiative to every caregiver for the predicament they face and thank them for their support, grit, and determination.’’

Bharti AXA General Insurance, a joint venture between Bharti Enterprises, one of India’s leading business groups, and AXA, one of the world’s largest insurance companies, today launched its unique campaign ‘Caregivers’ to support cancer survivors in the battle against the killer disease.

Commemorating World Cancer Day, a global uniting initiative by the Union for International Cancer Control to raise worldwide attention and inspire action for a cancer-free future, Bharti AXA General Insurance believes that all caregivers – friends, family, and others – play a significant role to win the battle against cancer.

According to various studies, the awareness of health aspect, knowledge of various stages of cancer and physical/mental impact, and methods to keep track of treatment were consistently rated as major issues to care for cancer patients effectively.

To support and understand the emotions of caregivers of cancer patients, Bharti AXA General conducted a study with about 500 caregivers, which highlights their challenges, their strength and utilization of formal support systems, and the steps they take to support a Cancer patient.

Caregivers Getting Inspired by Family

On World Cancer Day, which aims to create more awareness around this unnoticed phenomenon, the study by Bharti AXA General Insurance and YouGov aims to notify that Cancer Caregivers may experience periods of stress, anxiety, depression and frustration and stress on the fact that the awareness and support from other people will help boost their spirits.

According to the WHO, 17 people die every minute from Cancer in the world. Patients diagnosed with Cancer are said to be the most vulnerable group in society. Cancer affects not only the patients but also his/her entire family and caregivers.

From spreading awareness and showing a glimpse of a caregiver’s life, through this relevant campaign, the company urges people to support the caregivers and tell them that they are not alone in this battle.

With this, Bharti AXA General Insurance pledges to stand tall and take step towards ensuring the betterment of the caregivers