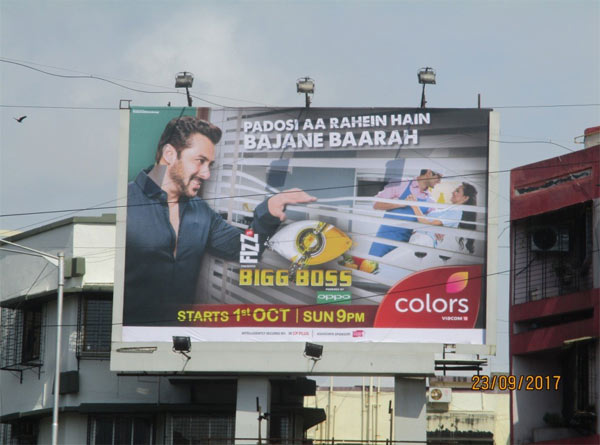 The 11th season of popular reality show Bigg Boss that started earlier this month is all out and making noise. The theme of Bigg Boss 11 is ‘Padosis’ and ‘Gharwale’. Colors designed a 360-degree integrated marketing communication to promote Bigg Boss across various platforms and one of the important medium creatively used is Outdoors.

Laqshya Solutions were awarded the responsibility to magnify the campaign and make the Bigg Boss announcement prominent on OOH. The team had a challenge in hand as with the upcoming festive season that came early this time, all the brands were seen vying for the attention and hence, inventory crunch were prominent. To ensure a good mix of media and spread that matches up with the grandeur of the show was imperative. The Media Planning team handpicked selected sites that could aptly bring out the message vividly. Transit media were utilized to cater to a larger universe. With campaign focus on Mumbai, Colors continued its dominance strategy this time using BEST buses side panel branding. Deployed 200 + BEST side panel branding with emphasis on the suburb route with a creative of Salman Khan stood out. A mix of some very prominent Billboards and Bridge Panels were also part of the big media plan making them cover the length and breadth of the suburbs primarily.

Speaking on the Campaign success, Mr Jalaj Pathak, Vice President, Laqshya Solutions, said ,” We are happy to have executed the campaign for Colors most successful reality show- Bigg Boss. The Bigg Boss 11 this time is bigger and better with a unique twist in the show where, the theme of Padosi and Gharwale come together for more drama and will leave the viewers completely entertained. The same theme has been conveyed on OOH using multiple creative that has Salman featured on them. The single line communication of the theme “Padosi Aa Rahen Hain Bajane Baarah “is quick to attract eye balls and has been successful in conveying its launch. Am extremely proud of the Planning and Strategy team that has worked tirelessly to bring out the campaign message loudly amidst the festive clutter everywhere. The team had a tough time to match the show’s opulence using an equally magnificent media plan. We are happy to have delivered them a very good OTS and reach.” 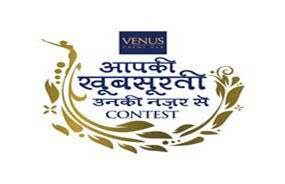