CEAT launches its latest manifesto Our Grip, Your Stories 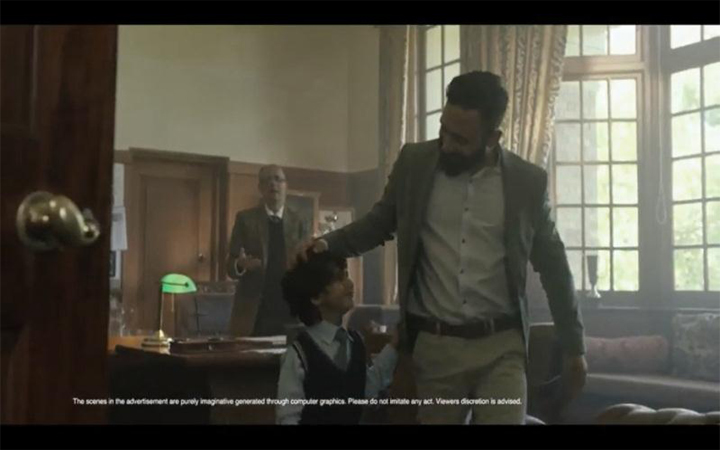 Leading Indian tyre manufacturer CEAT Ltd. launched its latest TVC ‘Our Grip, Your Stories’ with an aim to increase awareness and drive sales of its range of superior quality SUV tyres.

The campaign is developed with a vision to drive leadership for CEAT in SUV tyres market and is going to be promoted heavily in TV and digital media. The campaign aims to establish the superior grip and control of CEAT tyres in demanding off-road terrain, thus making CEAT as a preferred choice for SUV tyres.

The target audience is the young and premium SUV owner who likes to explore all kind of demanding terrains on their SUVs. The campaign brings this alive through the eyes of a young child who accompanies his father on one such journey and interestingly adds his imagination to take his story of day out with his dad to an out of the world experience. The campaign brings alive the strong grip and control of CEAT tyres that makes it a preferred choice of SUV tyres in all kind of terrains, thereby manifesting CEAT’s safety motto in several ways.

Commenting on the TVC, Mr. Nitish Bajaj, VP, Marketing, CEAT Limited said, “Our Grip, Your Stories” is targeting the young and bold breed of Premium SUV owners who seek the thrill of exploring demanding on and off road terrains. The campaign showcases the superior grip and control offered by CEAT SUV tyres that makes it the preferred choice for consumers seeking safe and smart driving experience offered by CEAT range of tyres.”

According to Mr. Anoop Chitnis, National Head, Ogilvy, “In tone and imagery, we are all set to take brand CEAT to a higher pedestal, with a lot of premium and classy appeal. Safety and grip has always been strongly associated with CEAT tyres; and the task this time has been to up the scale.”

The TVC highlights how an effective tyre with a great grip can lead to amazing journeys, ultimately resulting in memorable stories to cherish for a lifetime. It depicts an episode of a very endearing bonding between father and son. It shows how an excellent tyre can enable one to get truly unbelievable experiences, and may in turn give wings to a child’s imagination. It depicts CEAT’s immaculate grip, and the resulting exciting stories of its users. The film has been shot in South Africa and directed by renowned Australian film-maker Mark Toia who has shot numerous automobile brand ads.

CEAT’s brand positioning has always been geared towards focusing on the tyres’ superior grip which provides a safer travelling experience. As an organisation, this is one of the many initiatives CEAT has undertaken to reiterate its audience connect. Earlier, CEAT Tyres launched several initiatives to promote road safety. They initiated a nation-wide road safety drive ‘Drive Safe Dad’ and roped in Party Hard Drivers (PHD), a Mumbai and Pune-based chauffeur’s service to reduce road mishaps and drunk-drive cases. CEAT tied up with the kids edutainment chain KidZania, engaging more than 500 children in Mumbai across the age group of 5-10 years. The campaign aimed at educating children on the nuances of safe driving, executed in a manner that was fun. Apart from this, the tyre manufacturer also runs a programme called Swayam which trains and empowers economically less-privileged women in driving skills.

A flagship company of RPG Enterprises, CEAT offers a wide range of tyres to all segments and manufacturers. It includes heavy-duty trucks and buses, light commercial vehicles, earthmovers, forklifts, tractors, trailers, cars, utility vehicles, motorcycles, scooters, as well as auto-rickshaws. It claims to have a major market share in the truck, light truck and the two-wheeler segment.