CNN-News18 with Smile Foundation for #DilliKiHawaBadlo 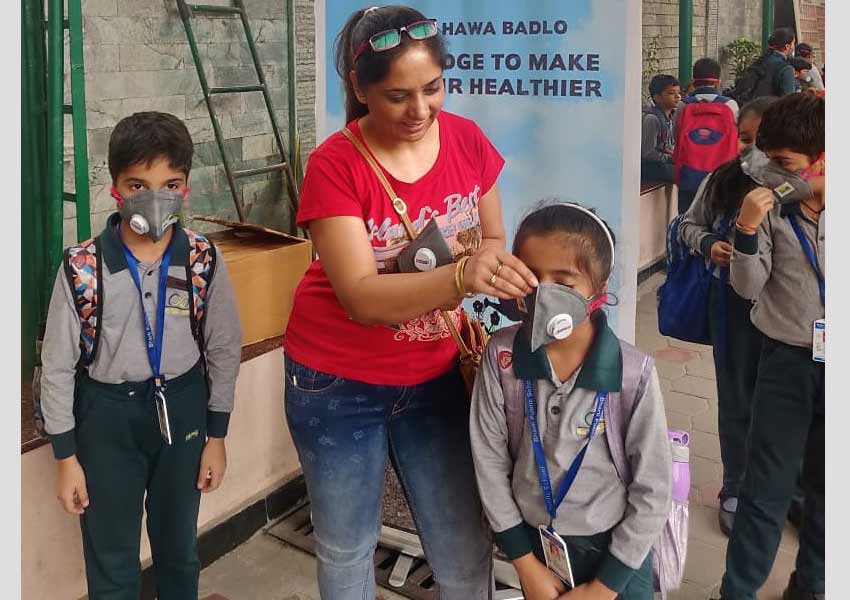 Of the world’s 30 most polluted cities, 22 are in India. New Delhi, one of the most polluted capitals in the world, again witnessed record-high levels of air pollution earlier this season forcing schools to be closed. Continuing with its motto of ‘On Your Side’, CNN-News18, in partnership with Smile Foundation launched a unique state-wide awareness campaign – #DilliKiHawaBadlo. Endorsed by top schools across the capital, the initiative aimed at raising cognizance on the importance of individual contribution towards curbing air pollution. The campaign was geared towards educating children to act on day-to-day activities and bring change at the ground level.

Commenting on the initiative, Basant Dhawan, CEO, English & Business News Cluster, Network18 said, “Air pollution has become a serious environmental and public health emergency. We, at CNN-News18, have always believed in raising relevant issues and creating impactful conversations to drive change. Through this initiative, we aim to mobilise the society with children as the change agents. We are focused on creating a steady drumbeat around such burning issues and with such campaigns, we are going beyond television to speak directly to our viewers.”

Elaborating on the campaign, Santanu Mishra, Co-founder and Trustee, Smile Foundation, Smile Foundation said, “Our ChildforChild programme seeks to inculcate a conscience and value system in the children so that they grow up to become responsible citizens and change-makers. Through #DilliKiHawaBadlo, we conducted workshops on air pollution, which included both awareness on the issue, as well as ways to protect themselves and the planet. Simple actions like planting trees, curbing plastic use, recycling waste etc. that can be carried out by students were discussed. We thank CNN-News18 for this collaboration in helping us bring to light such an important issue”

Given that children are highly perceptive to change, the campaign primarily focused on inculcating behaviour change at an individual and household level through continuous education and awareness. In a month-long outreach, the initiative received overwhelming participation from the top schools of New Delhi such as Sardar Patel Vidyalaya, Air Force Bal Bharti, Delhi International School amongst others. The experts from Smile Foundation conducted workshops with hundreds of students. CNN-News18 distributed anti-pollution masks and engaged with over 700 individuals including students, teachers, support staff and parents to help them stay healthy while outdoors

So, let us join hands and take a pledge to make New Delhi’s air cleaner and healthier.