DBS, known as Asia’s Safest Bank has collaborated with José Covaco, an internet celebrity, for a series of 20 intriguing and funny videos as part of their campaign #LiveMoreBankLess. The video series, a first of its kind within the BFSI sector, is a part of DBS Bank’s association with the movie Sachin: A Billion Dreams’ digital campaign.

The videos, conceptualized by WATConsult have a witty take on popular topics like Bollywood, daily soaps, sports and technology and intelligently mixes Humour & Contextually Targeted Media Buying to utilize the cinematic opportunity, and promote the features of digibank – DBS’ Revolutionary new Mobile-Only Banking Solution in a way that BFSI brands in India are yet to explore.

The beauty lies in how these topically treated videos when run as contextually targeted ads on YouTube do the job. Simply explained as when viewers watch a trending video, they see a unique DBS ad based on the same topic thus keeping the ad more relevant & impactful. The campaign is also supported by social media activities wherein users can win exciting Sachin Tendulkar merchandise.

In just a week, the videos have garnered over 2 Million Views on YouTube and have a striking 92% View Completion Rate, higher than the industry benchmark of 90%.

Speaking on the campaign, Sheran Mehra, Head – Group Strategic Marketing & Corporate Communications, DBS Bank said, “Over the last couple of years, we have strived to break clutter and communicate our messages in an unconventional way. Content is the most trending word in marketing. Whilst everyone is speaking about content, the most important aspect is ‘being relevant’. Therefore being a part of a person’s day to day consumption of content is where the opportunity lies. Contextual pre-roll videos on trending topics infused with brand and product messaging has helped us present content in an interesting way. We are extremely pleased by the initial traction these videos have generated for us.”

Rajiv Dingra, Founder and CEO, WATConsult said, “With comedy being the most watched genre online, we conceptualized an exciting video series for this campaign with Jose. Contextually targeted media buying helped elevate the experience of these videos that infuse trending topics and banking features in a light-hearted manner.” 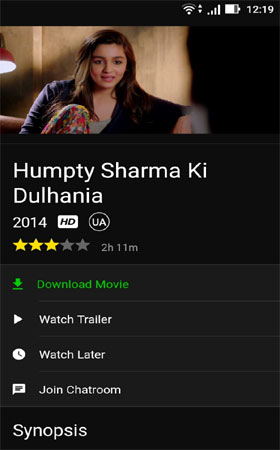