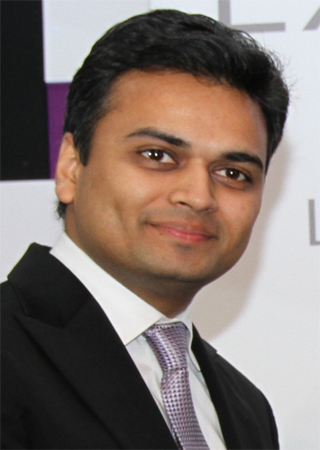 Denver, the leading deodorant and personal care brand from the manufacturer Vanesa Care has rolled out its latest and first ever reverse ad campaign which talks about the struggle behind every Success.

Conceptualized by Shop Advertising, the opening scene bursts with the success, achievement and stardom of International Boxer Artem at World Boxing Council. The story unfolds in a reverse way showing sweat and hard work behind his success which creates a sense of curiosity. A motivational quote delivered by the boxer has been used as the background music which goes on, “Behind Every Success, there is extreme sweat” and ends with the boxer spraying Denver Xtreme deodorant.

Talking to Mr. Saurabh Gupta, CMO at Vanesa Care, he quips, “While a man is going through struggle and extremities to achieve his goals, his deodorant is also struggling to keep up with him. While they are training, and once they have achieved, a deodorant should be the last thing on their mind while being on the world stage. That’s where we bring Denver extreme, which has double the power of any regular deodorant and doesn’t let the user down in any circumstances.”

Asking about the novelty in the Ad Campaign, Naved Akhtar; Chief Creative Director, Shop Advertising explains, “This is one of the first advertisement in personal care category which has been shot in reverse. In the film we have shown Success and Struggle of a Boxer as the opening climax and then focus on Denver Xtreme Deodorant which was the reason behind his Confidence and Success. Denver Xtreme deodorant has 2x power of sweat defense which is for the real men who believes in struggle and hard work.”

Further Saket Govind, brand manager utters, “Denver as a brand stands for those who do not give up against all odds and achieve success under any extreme challenge. We believe that this advertisement has been successful in bringing out the true Denver identity. If Denver Xtreme deo can work with boxers (or athletes) then it will surely perform excellent with a regular user.”