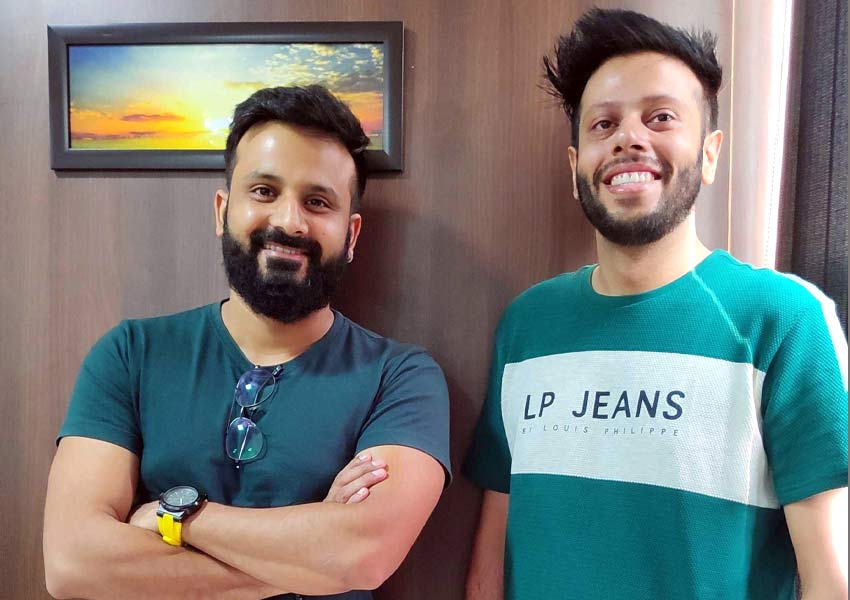 British Paints has launched its latest TVC campaign with an innovative concept. The ad is conceptualized by DigiStreet Media.

The main genre selected for the airing of the TVC was the news segment. But considering the ad scenario in the news channels these days where one ad keeps rolling after another continuously, standing out with your products or services is a big task.

This challenge was addressed with the contextual glitch innovation specially coined by DigiStreet Media wherein the ad itself starts with a video distortion that was very much well-known in the 90s. This B&W distortion was and still is very synonymous to be a colourless and dull moment. So, the messaging that follows the distortion is contextual which says, ‘Is berang pal ke liye khed hai, Aur Zindegi ke har rang ke liye… British Paints’.

The one thing that came out from DigiStreet’s pre-pitch market research was that the brand is surely well seeded across most dealerships, but it lacked the popularity among the end-user. After being onboard, one of the main requirements of the brand was to create a TVC as the last brand TVC was almost 4 years old.

Speaking about the strategy for the ad campaign of British Paints, Darpan Sharma, CEO & CD at DigiStreet said, “After the initial key market insights, we concluded that this brand stands pretty strong on the key areas like quality, distribution, product range and new-age services. What it lacked was a recall in the market; its name to be audible among the end customers and a whole lot of attention”.

This distortion is something that immediately attracts the attention and the immediate correlation of the messaging seeds the brand name with focus into the mind of the audience by contextually relating it with colours.

This is the first leg of the advertisement wherein the initial brand seeding is done with the cost-effective yet innovative ad. A more comprehensive ad has also been produced with an exciting storyline to seed the brand messaging further. Essentially an ad that ensures effective brand image building, incorporates both interior and exterior paint products and has an underlying sense of happiness.

“To cater to the different requirements of the ad we came up with about 27 plots with different situations”, pointed out Sourav Ghosh, Associate CD, DigiStreet Media.

“After much brain-storming, we eventually zeroed on the plot of a wedding or so to say, Vidai considering we had to end the ad on a happy note while relating it with the Berang Pal at the very start and in turn keeping a connection with the first ad. In this Ad, a newly married bride is shown on her way to the in-law’s house after the Vidai ceremony. It is shown that she has been married to a funny-looking guy with a timid expression. As upset she is for leaving her home and being married to a funny looking guy, her mood transforms immediately on seeing her in-laws’ house and the beautiful colour within, so much so that, to take a closer look, she even passes the Aaarti reception by Sasu-maa’s brigade without so much of paying any heed to it all.”

Brand messaging is an important aspect and along with the communication of celebrating a glorious 100 years, there must be a specific brand message that will help in creating brand recall and setting the brand essence right.

“During such an occasion like a wedding in the house, there is always a sense of happiness, not just among the mood of the people, but also the environment, the clothes, the walls and in the entirety of the house. Usually, the paints are always associated with beauty, durability amongst others. But intuitive happiness of home that buzzes around with all emotions inside it is quite similar as you subconsciously hum a song yourself when your heart is intuitively at bliss & thinking all by itself. Much like the same way, the vibrant colours of a house hums with the tone of happiness, which we coined as Ab Rang Gungunaye”, says Darpan who himself came up with this simple yet beautiful communication that gelled perfectly with the brand perspective. The brand communication has been further populated in print, retail and digital formats to gain maximum traction and brand recall. Infact post immediate launch the film has garnered lacs of views on internet in brief time.

Adding to the collaboration of British Paints with DigiStreet Media, Darpan states, “We are delighted for this excellent opportunity being given to us by British Paints to add more meaning to the brand perspective and recognition. One of the prime objectives of DigiStreet is to make sure that a brand like British Paints which has 100 years of legacy is made popular to such an extent that people readily recognize the brand for its worth and this TVC campaign is a huge step towards that goal.”

DigiStreet is an independent Marcom agency having worked with notable brands over the years such as Mitsubishi, Godfather, Microtek, Surya Roshni, Okaya, Apeejay Education, IMT,Dpauls, Metso, Jakson, Holostik to mention a meagre few.