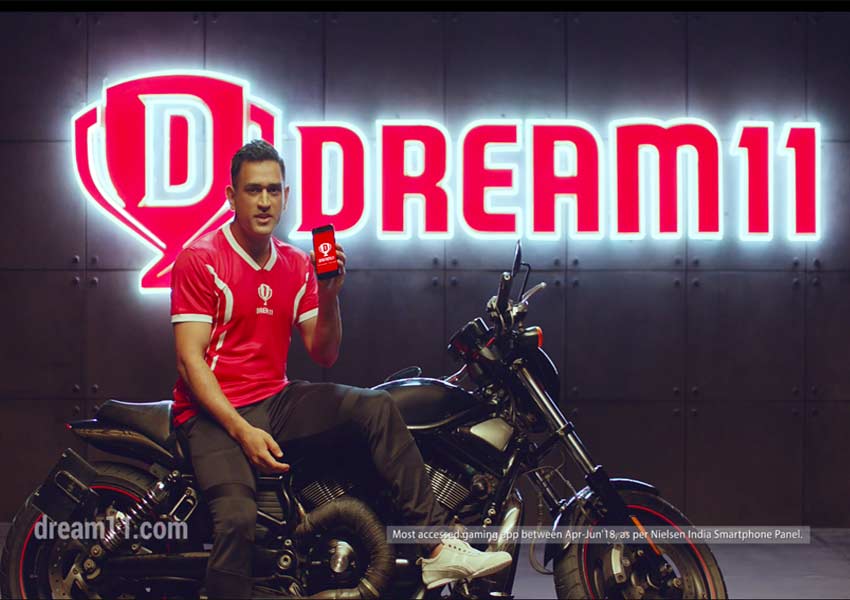 Dream11 launched its latest integrated campaign #KheloDimaagSe, with its brand ambassador and iconic Indian cricketer Mahendra Singh Dhoni. Conceptualized by Leo Burnett Orchard, Dream11’s latest encourages fantasy sports users to apply the same kind of thinking prowess that has made M.S Dhoni the master of the game. The new mass media campaign will be seen across TV, digital and social media channels.

During IPL 2018, Dream11 launched its maiden multimedia campaign, #DimaagSeDhoni, that increased the brand’s user base multifold establishing Dream11 as the largest and fastest growing fantasy sports platform. As an extension of the earlier campaign, the #KheloDimaagSe campaign is based on the insight that the infectious nature and the social aspect of Fantasy Sports while  playing on Dream11 has become a nation wide phenomena. With the growing popularity of Fantasy Sports, Dream11 enables passionate Indian cricket fans to deepen their engagement with the sport.

Speaking about the new campaign, Vikrant Mudaliar, Chief Marketing Officer, Dream11 said, “In a cricket obsessed country like India, every cricket fan feels he or she is an expert. Dream11 provides users a unique opportunity to use their sports knowledge, expertise and skill much like the players on the field – the #KheloDimaagSe campaign communicates this unique aspect of Dream11 . With fantasy gaming fast capturing the imagination of the country, Dream11 is a perfect platform for sports fans to showcase their knowledge and engage with their favourite sport”.

Commenting on the rationale behind the campaign, Amod Dani, Executive Creative Director, Leo Burnett Orchard said, “Dream11 is a game that needs a coherent understanding of cricket and its statistics. While the ‘#DimaagSeDhoni’ campaign made an immediate impact for the brand, making it one of the most sought-after sports games in India, the core objective of ‘#KheloDimaagSe’ is to make the platform far more social and inclusive. The motormouth, rap approach brings alive exactly what the users are thinking while Dhoni plays a central role in walking us through this musical.”

Watch the films below: