DS Group rolls out a new TVC for Rajnigandha 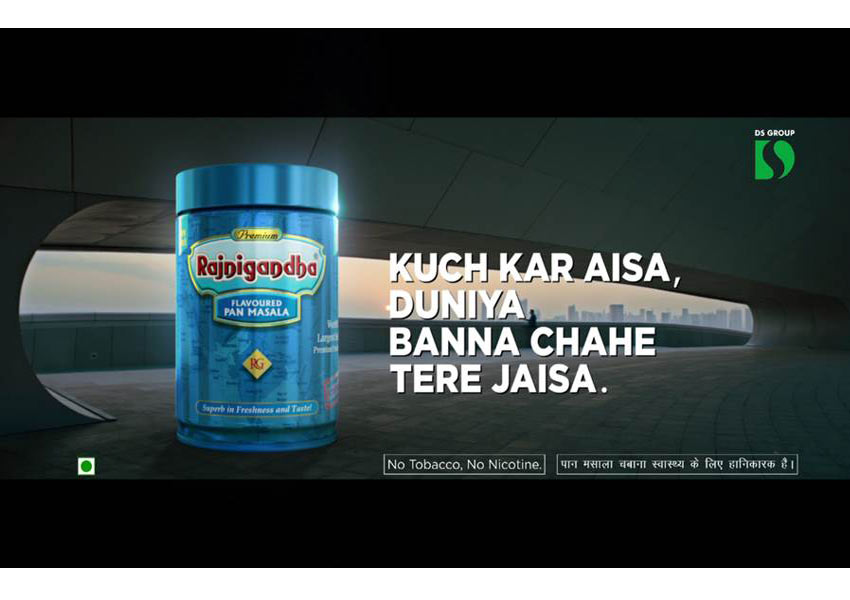 Dharampal Satyapal Group (DS Group) has rolled out a new TVC for Rajnigandha. Conceptualized by Dentsu Impact, the new commercial showcases Rajnigandha as a brand, which believes in ‘leadership that inspires the world’. The film revolves around a successful and compassionate protagonist Varun Singhania, who expresses gratitude to his college teacher for inspiring him to take the lead in an alternate teaching practice and while doing this, the protagonist proves that he still values him and his teaching style. This TVC effectively reinforces communication line ‘Kuch Kar Aisa, Duniya Banna Chahe Tere Jaisa’, that the brand advocates.

The TVC plot opens with the teacher, Mr. Chhaya, in a job interview facing an embarrassing question about   being sacked from an Institute, where he had taught for 12 years and a sketchy career thereafter. Suddenly the protagonist Varun Singhania,  a plane designer and the founder of an aero designer centre answers the question, reminiscing his college days with his former teacher, Mr. Chhaya, who would teach even  serious topics such as aerodynamics, centre of gravity and speed in a fun way.  Filled with nostalgia, Varun asks him whether he would still like to do something different.

The ad film then cuts to a three-years later shot, showcasing an ultra-modern academy with Mr. Chhaya asking Varun about his reasons to start the academy, as they walk down a staircase towards a zero-gravity room. The TVC closes as the protagonist answering “Khwabon ki asli udaan, kitaabon ke bojh mein nahin, aasmaan jaisi khuli soch mein hai”, to drive home the idea of how his success was inspired by his teacher’s thinking and how he is now taking it forward with this new impactful way to impart knowledge.

Commenting on the campaign, Rajeev Jain, VP Marketing, DSL said, “Rajnigandha has always applauded success, aspiration and winning spirit and the accompanying modesty that is inspiring. The brand Rajnigandha has remained a perfect companion of achievers for decades. This TVC effectively reinforces communication line ‘Kuch Kar Aisa, Duniya Banna ChaheTere Jaisa’, a philosophy that the brand advocates. True Achievers believe that achievement is not just about only achieving self goals, but also understands responsibility to bring positive change in the system we live in.”

“Rajnigandha is an iconic brand and it has managed to redefine the advertising space in its category. Carrying forward the brand message of ‘Kuch Kar Aisa, Duniya Banna Chahe Tere Jaise’, the intent behind the campaign was not only to showcase the product as a symbol of success but to spread the message of achieving success to a level that inspires others around you. What we are really proud of is that while, the film has scale but it also has a soul to it which we are sure will help people connect with the brand,” said Amit Wadhwa, President, Dentsu Impact.

Wunderman Thompson and Panasonic invite India to Meet The Future