DS Group rolls out a set of TVCs for Pulse candy 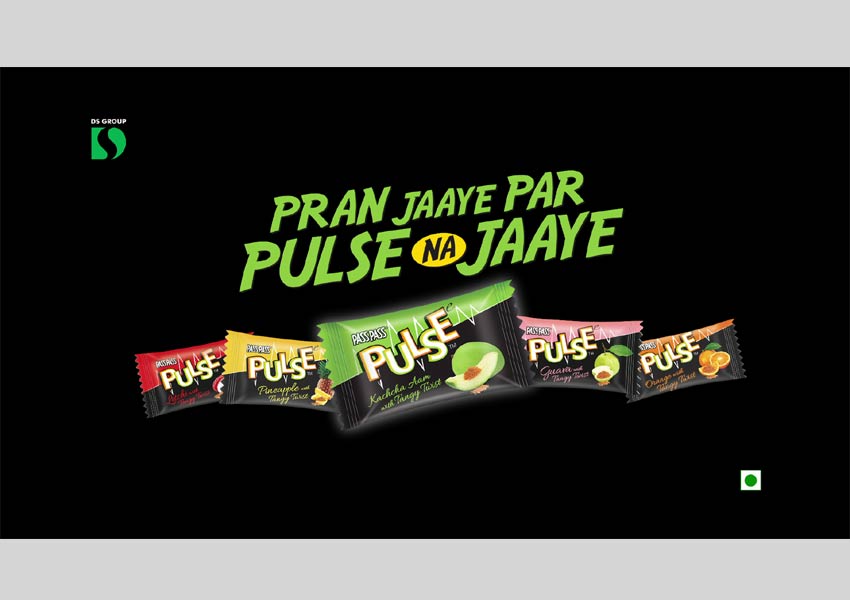 Pass Pass Pulse, the candy from DS Group that stormed the hard-boiled candy market with its launch in 2015 and has been the leader for past two years, has rolled out another set of three commercials. This takes forward the ‘Pran jaaye par Pulse na jaaye’ narrative that was introduced with the release of the very first TV commercial.

Pulse Candy, has a tangy twist to it that makes it standout! It offers an experience that starts with a fruity taste and peaks with a tangy surprise; a mouth full of fun and peculiarity, the consumers love. This irresistible fervor for Pulse candy is extended to the brand communication, with a tag line of ‘Pran jaaye par Pulse na jaaye’, with quirky and humorous examples of how far people can go to get their hands on Pulse.

The TVC’s has been conceptualized by J. Walter Thompson Company and the three commercials being released are titled, Astronaut, the Swing & the Bedroom. Each commercial showcases how the protagonists upon seeing a Pulse Candy in their proximity reach out to grab it, even in unfavorable situations. In the swing film the girl gets smacked on the face with a returning swing as she grabs the Pulse that fell out from a child’s pocket. In the film titled Astronaut, an Astronaut risks his life to not only grab the Pulse floating in space but even opens his helmet to eat it, resulting in a free fall. In the third film, a guy hiding under the bed stretches out to pick up the fallen pulse, thus exposing himself to the lady’s husband/boyfriend. All three situations accentuate ‘Pran jaaye par Pulse na jaaye’, in a peculiar and amusing way.

Speaking on the brand, Mr. Shashank Surana, VP, New Product Development, DS Group, said, “The Pulse candy has retained number one position, second year in row due to its irresistible taste heightened by tangy twist. The communication of Pulse is hinged on the temptation to seize a Pulse candy, whatever the circumstances. This three film campaign also highlights the extend people go to get one in ‘Pran jaaye par Pulse na jaaye’, situations presented in comical and eccentric plots.’’

Sundeep Sehgal, Executive Creative Director & Vice President, said, ”The content consumption nature of consumers has changed and Pulse is a brand which is very conscious of this. As a result for this next round of communication we’ve created short crisp 10 second commercials that are snackable content for the consumers and also work well from an attention perspective. However the challenge remains to deliver an impactful piece of communication without losing the essence of the brand and I feel this is one such example.”

Tags:
Previous Article
The Glenlivet Celebrates Life’s Definitive Moments In Its Latest Campaign
Next Article
Sidharth Malhotra Becomes The First Ever Actor To Endorse A Female Cosmetic Brand For Cause