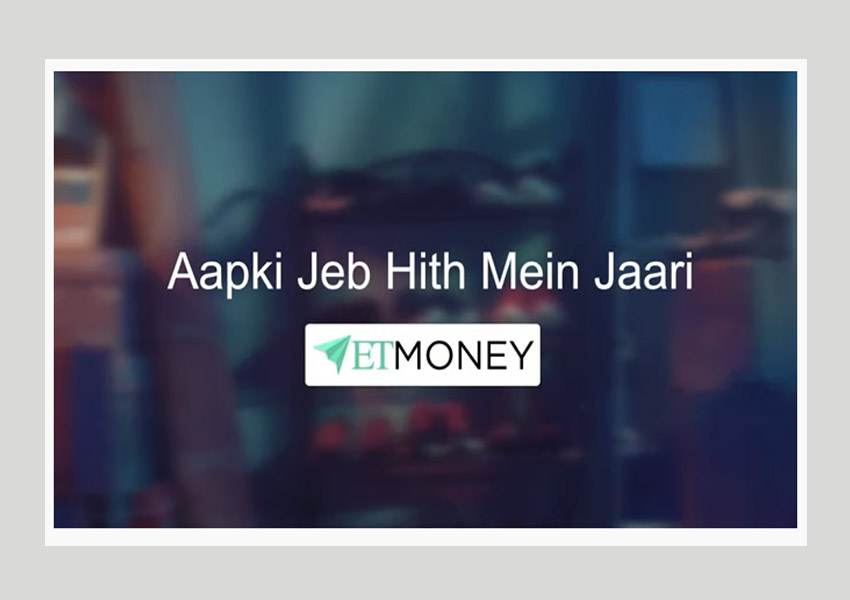 ETMONEY has rolled out its brand campaign that advocates for a more deliberate and rational shopping spree in a tongue-in-cheek manner by presenting a quirky take on the tittle-tattle your impulse buys may be having about you behind your back if they were alive.

The ‘Aapki Jeb Hith Mein Jaari’ campaign’s brand films revolve around relatable slices of our daily lives, highlighting how we often end up hoarding multiple products – whether its desirable tech products or fancy shoes even when we may not need them. The films lend quirky voices and characters to each product, where they are seen lamenting about how their owner never cared to use them. The launch film is about a shoe-rack where a seemingly fresh pair of shoes are replaced by yet another new buy, and the earlier inhabitants sharing a word about how they were there only because they were available as ‘online deals’ and grieved about how they never quite fulfilled their life’s purpose – whether be it a pair of boots for the Ladakh Trip, or the sleek pair of Trainers for the active gym sessions. In the second film, an individual’s drawer invites a new guest – a pair of Bluetooth Earphones, and the existing inmates bully him about the futility of its existence now that it’ll be collecting dust in the same drawer forever. The campaign conceptualized by DAIKO FHO and produced by Cellar Door in partnership with the ETMONEY marketing team led by COO Santosh Navlani.

Mukesh Kalra, Founder & CEO – ETMONEY said, “The ongoing sale season is an exciting time for both retailers and consumers across the country. Unfortunately, it’s also a time that brings out our wasteful tendencies, wherein we often go overboard with our retail therapy without realising it. ETMONEY’s ‘Aapki Jeb Hith Mein Jaari’ campaign is aimed at nudging people to be mindful of their spending behavior during the retail extravaganza.”

“ETMONEY as a brand is about being smart with your money. The fact of the matter is that even though we may be careful when it comes to investing, but the moment a sale comes up we let go of all caution. We used this as an insight to develop a campaign based on the POV of these products and creates a humorous interplay that reflects the pitfalls of senseless spending that we all indulge in enamored by discounts and cashback. The idea is to send a clarion call to all impulsive buyers to consider the welfare of their pockets.” Devdas Nair, Creative Director, DAIKO FHO said.