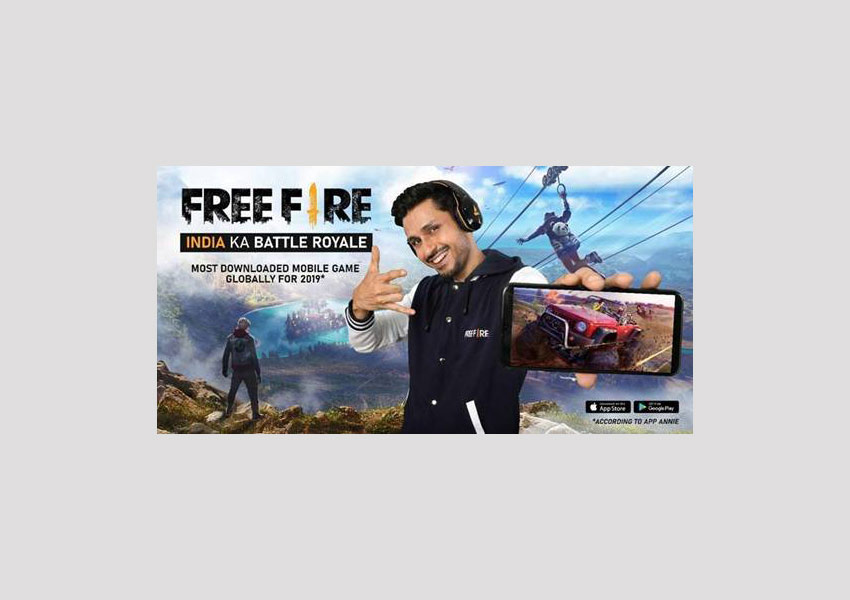 Free Fire has launched a new campaign called #IndiaKaBattleRoyale that stars one of India’s most promising young actors, Amol Parashar. Conceptualized in-house, the campaign looks to excite local gamers and non-gamers alike across the country, and has been rolled out on Free Fire India’s digital channels as well as on high-impact outdoor hoardings across Bangalore, Chennai, Hyderabad, and Kolkata.

The #IndiaKaBattleRoyale campaign has kicked off with three videos highlighting the key unique selling points of Free Fire – Memory, Battery, and Time – that speaks to the local community. Each theme throws light on how Free Fire is an exciting, fast-paced game with 10-minute matches, and is uniquely designed to work seamlessly across smartphones. With ‘Game ka Thrill Ab Nahi Hoga Kill. Khelo Free Fire, India ka game’ as the overarching message of the campaign, Free Fire invites all users across India to join in the fun. Since the release on 13th March, 2020, the videos have collectively garnered a whopping 25.4M views on YouTube alone (as of 24th March, 2020).

In the first video, Amol is seen reluctantly choosing pictures of himself and his girlfriend to delete from his phone, to make space to download a storage-heavy game. His girlfriend comes to the rescue when she suggests playing Free Fire so he would not have this problem. With a focus on battery, the second video shows a college student running frantically up the stairs to the terrace, armed with a portable phone charger. When he arrives, he sees Amol react as if his phone has just gone off and he lost a match by a whisker. However, in an unexpected turn of events, Amol shows him the phone where Free Fire is still functioning seamlessly, despite the low battery. The third video showcases two colleagues sneaking into a meeting room and closing the blinds. A senior employee notices this and barges in, only to find them taking a quick break from work to enjoy a game of Free Fire on their phones.

The campaign has piqued the interest of popular artistes across the country, with a host of comedians, musicians, actors/actresses, sports personalities, and content creators taking to social media to express their appreciation for Free Fire. The run up to the #IndiaKaBattleRoyale got over 40M impressions on Instagram, Facebook and Twitter, with over 3.5M engagements. The videos which were a part of #IndiaKaBattleRoyale so far have reached over 31.4M people in less than 2 weeks!