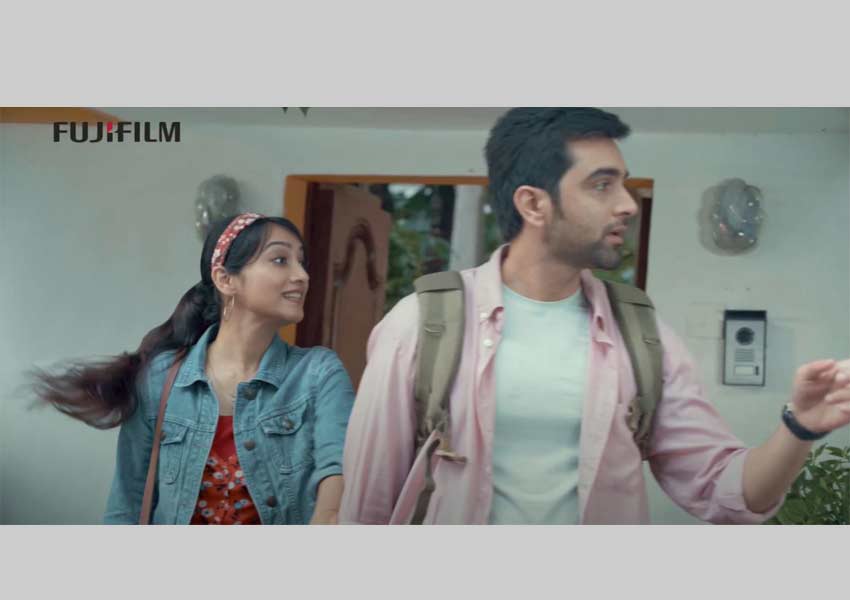 Who doesn’t love to click and capture moments and share them with friends, family on social media, right? Well, Fujifilm has understood this completely and that’s why they are celebrating these shared moments with a unique campaign called #NeverStopCreatingMemories

The digital film, conceptualized and created in collaboration with Cheil India will be premiered across key digital media platforms and leading OTT platform-Zee5. Along with this, the brand would also be promoting the ‘Never Stop’ campaign across all of its digital mediums aggressively along with Print and Outdoor Advertisements.

Jaibeer Ahmad, Sr. Vice President of Cheil India adds, “In line with Fujifilm’s global brand campaign – Never Stop, we wanted to highlight the brand’s imaging expertise ranging from all-rounder digital cameras to quirky instant cameras. With this interesting concept of ‘Never Stop’, we were capturing the day-to-day moments that we tend to neglect. Fujifilm cameras enable one to seize those magical moments. Through the campaign, we intend to showcase brand’s legacy and commitment of introducing innovative products that one can use to create memories thereby building a strong connect with the audience.”

Fujifilm India Private Limited, a pioneer in imaging technologies, has announced the launch of its Imaging brand campaign for its globally proclaimed corporate branding campaign “NEVER STOP” in India.

The campaign focuses on creating brand awareness for its best-in-class imaging products along with shedding light on the importance of creating shared memories that can be printed and preserved in our book of memoirs forever.

Commenting on the launch, Mr. Haruto Iwata, Managing Director, Fujifilm India Pvt Ltd. Said, “For our “NEVER STOP” corporate branding campaigns, innovation and creativity has always been part of Fujifilm’s thought process and it reflects in our campaigns. As a brand, we deeply resonate with the motto of ‘Never Stop’ because we have constantly been showcasing our unwavering commitment of introducing innovative products and services to the Indian market across sectors. The idea behind this initiative was to break the usual clutter of mundane daily lives and cherish and grasp the moments in between. Through this campaign, we want to inspire people to grab their Fujifilm camera and showcase not only their creative expression but also preserve memories that lasts forever.”

Celebrating the Making of Memories

The campaign, through its engaging emotions tries to spread the message of being in the moment, capturing that memory and creating shared experiences of culture, tribe and belongingness.

Understanding the Healing Capacity of Photography

With this campaign Fujifilm wants to delve deep into the everlasting motif of how photography washes away the dust of everyday life.

In today’s ever-changing world, people tend to overlook the daily mundane life and it passes by in jiffy. Through this campaign, Fujifilm tends to spread the message of being lost in the moment yet capturing that memory to preserve it for the stories that make us humans.

Adding more about the campaign, Mr. Tribhuwan Joshi, Lead, Brand Communication, PR & CSR Fujifilm India said, “At Fujifilm India, our endeavor has always been to encourage the expression of photography, culture and shared experiences. With this campaign, we want to inspire the youth of our country to create memories and seize the moment with our cutting-edge imaging devices. The digital campaign will be actively promoted on our social media platforms and aired on OTT platforms as a part of 360-degree integrated marketing approach.”

The film is a reflection of how the brand mirrors its values and convictions with the concept of Never Stop creating memories.