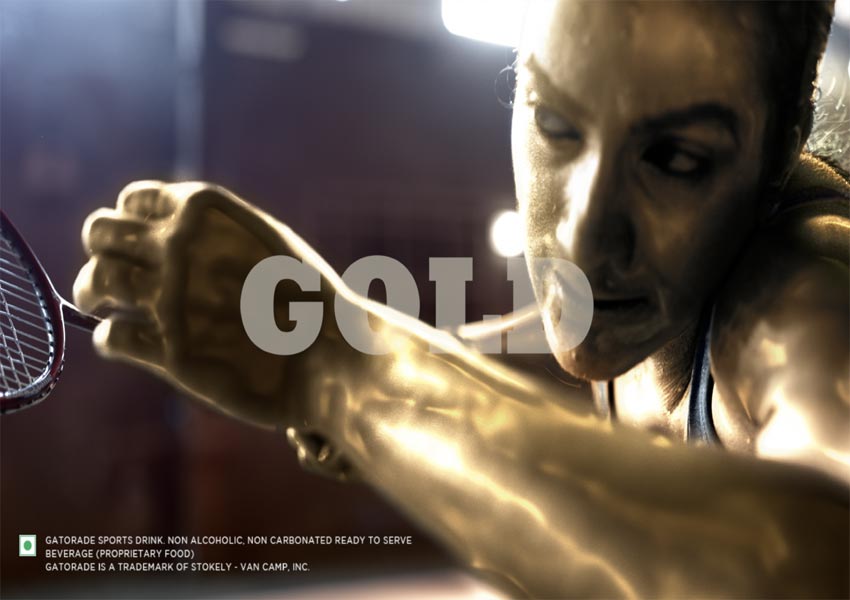 Gatorade has been enabling Sindhu’s performance since she came on board as brand ambassador in 2017. P.V. Sindhu visited the Gatorade Sports Science Institute (GSSI) at Baltimore, USA where she underwent the ‘Sweat Test’. The findings of the test were used to work on her hydration, training and match-day nutrition needs to power her through the World Championship.

Speaking on her victory, Tarun Bhagat, Director-Marketing, Hydration and Cola, PepsiCo India, said, “I congratulate P.V Sindhu for her win at the BWF World Championship on behalf of the entire Gatorade team. We have watched her train rigorously to take herself from a silver to the gold and it makes us a proud partner in optimizing her performance by helping her maintain the right fluid balance. P.V. Sindhu truly personifies the spirit of the brand through her determination and winning attitude.”

In line with Gatorade’s philosophy of ‘Sweat More’ powering athletes to strive harder, the digital film is a celebration of its brand ambassador, P.V. Sindhu’s determination and grit. The new film showcases the hard work and rigor that prepares an athlete for a championship. One can see Sindhu’s determination as an athlete, by the way she trains, pushes her limits. She then refuels herself with the help of Gatorade and shuttles again, this time around she emerges victorious and turns her hard work and sweat to gold.