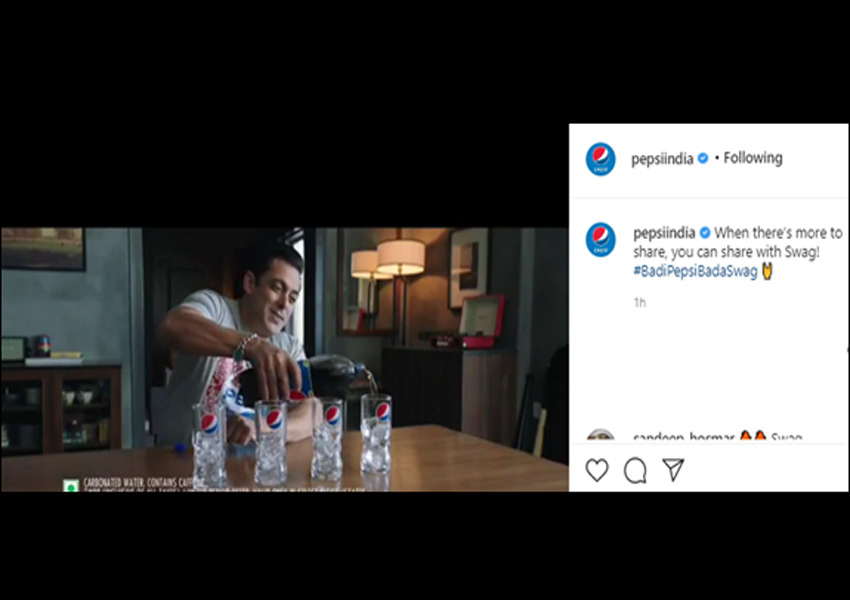 The IPL may have ended but the cricketing spirit hasn’t and with Team India heading to Australia, the sporting season has just begun.

The Taste of Cricket

The Salman Khan starrer film urges the cricket-loving  Indians to savour the taste of their favourite drink while watching cricket. The Bollywood superstar says with Pepsi available at 50 rupees per 1.25liters every Indian can now drink it

A PepsiCo India spokesperson said, “Pepsi has always innovated and communicated with consumers through those passion points relevant to them – cricket being one of the key passion points for today’s generation. We are delighted to celebrate India’s love for cricket and the undying spirit of the cricket fan through the new film by asking every fan to drink Pepsi and enjoy the sport with family and friends.”

The film is part of the ‘Har Ghoont Mein Swag’ campaign, and introduces the new festive offer of 1.25 liters pack at 50 INR, making you enjoy cricket season with your whole family and friends.

With this ad, Pepsi tries to enliven the ethos of family bonding and partnership, the sporting spirit which sports like cricket foster. So, when Salman Khan asks you to take a sip of Pepsi and chill with your friends and family, you know it’s the new swag. Pepsi calls for such passionate swag and celebrates it.