Milk and milk products major Mother Dairy, established under the ‘Operation Flood’ program and a wholly owned subsidiary of National Dairy Development Board (NDDB), gave the civilians a chance to get familiar with the heroes of our country via a digital campaign – #HeroNextDoor. This campaign is a testament to the fact that close to 800 Mother Dairy booths in Delhi NCR are run by Ex-Military officers.

The campaign conceptualized by WATConsult & Mother Dairy, consists of a series of videos depicting the never-heard-of stories of these war heroes that continue to serve the people of this nation even today. The brand released the campaign’s first video on this Republic Day, featuring Commando Hark Singh who served in Indian army for 28 years and is now happily running Mother Dairy booth. The video has collectively gained over 5 lakh views in just one day of its release. To accelerate the reach, the brand also took the video to its Facebook and Twitter pages.

Speaking on the campaign, Mr. Sandeep Ghosh, Business Head – Milk, Mother Dairy Fruit & Vegetable Pvt. Ltd., said, “At Mother Dairy, we are always committed towards the welfare of the society at large. We are immensely proud to have heroes like the farmers who provides for us and the ex-servicemen who manage all the 800 Mother Dairy Milk Booths in Delhi/NCR, as part of our family. Through this unique campaign, we aim to showcase that how these soldiers have served the people of this country in the past and continue to do so faithfully even after their retirement. This campaign has been initiated to engage consumers with the brand and know more about their next door war hero; the Mother Dairy booth operator, who have fought for them.”

Elaborating on the campaign, Rajiv Dingra, founder & CEO, WATConsult said, “Designing a campaign for Mother Dairy is always an emotional journey for us at WATConsult. When the brand team told us about ex -military officers running the booths, we immediately thought of spreading the word about it. We released commando Hark Singh’s video and the social accounts of the brand started flooding in with patriotic responses. After receiving an overwhelming response by the netizens, we are now working on the next phase of the campaign.” 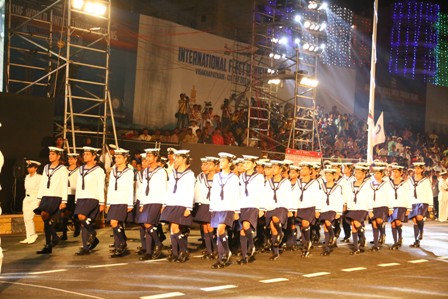