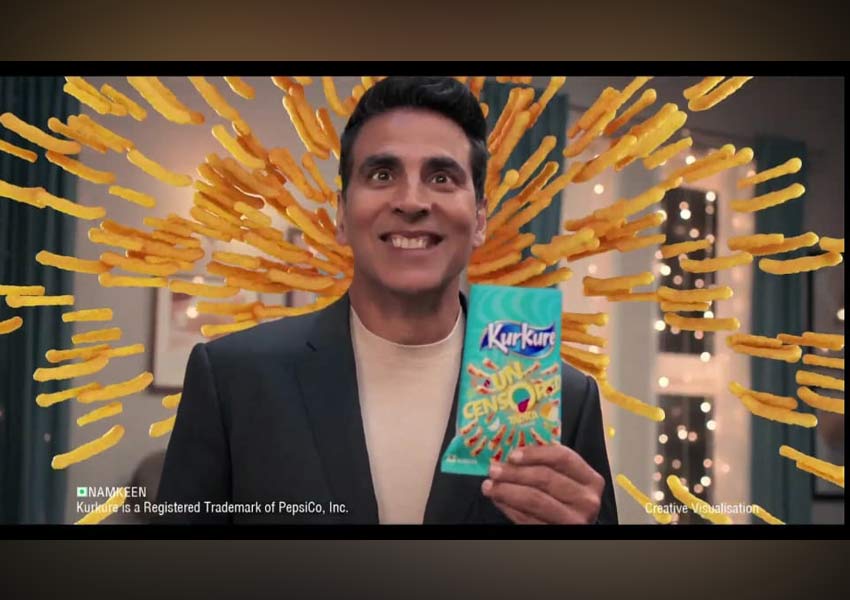 These offerings are aimed at providing consumers with unique experiences and deepening consumer connect. Kurkure Out Of Control Chaat and Kurkure Uncensored Tadka flavours perfectly embodies the spirit of the brand of adding a spark of ‘quirky masti’ to everyday lives and these lip-smacking flavours bring surprising sensations that generate unpredictable taste moments to make every day more masaledaar.

Akshay Kumar and Kritika Kamra are seen celebrating their wedding anniversary with friends and family as the film opens and they both exchange their presents. Both of them start opening their gifts. Kritika gets excited to see a diamond necklace while Akshay is overjoyed to receive Kurkure’s new limited-time flavours in the gift box. He starts to munch as soon as he opens the Kurkure pack. Wearing the necklace, Kritika seeks a compliment from Akshay and Akshay on the other hand distracted by the new flavours of Kurkure, surprises the audience by saying that Kritika looks ‘chatpati’ and ‘masaledaar’. Akshay snaps and realizes the next morning that it is the new Kurkure flavours that have unleashed his unpredictable and ‘hatke’ side in front of all the guests.

Sharing his thoughts on the launch and the campaign, Akshay Kumar, Kurkure’s Brand Ambassador said, “Over its long, vibrant journey, Kurkure has had a special place in families across Indian households. With its quirky storytelling and out-of-the-box approach, it has always made family time more ‘chatpata’, masaledaar and full of fun. The new limited-time flavours once again offers a masaledaar, OTT and an unmatched experience with their superior flavours and surprising sensations. As always, I had a great time while shooting for the campaign and I hope that these ‘hatke’ flavours offer an exciting experience to consumers in true Kurkure-style.”

“It was certainly a fun and ‘chatpata’ experience shooting for the Kurkure TVC. The newly-launched flavours – Out of Control Chaat and Uncensored Tadka – are simply sensational and add some much needed ‘masala’ to everyday situations, making them enjoyable and entertaining. The distinct flavours combined with Akshay’s dynamic personality made the experience even more memorable for me! I sincerely hope that the audience enjoys these limited-time offerings and the TVC”, added popular actress, Kritika Kamra.

Commenting on the launch of the new campaign, Bhagyashree Navare, Associate Director and Category Head – Kurkure And Cheetos, PepsiCo India, said, “Kurkure is an iconic, Indian snack brand that continues to lead and disrupt the salty snacks category in India with its distinct product offerings and quirky storytelling. Kurkure has always been about transforming boring ordinary moments to entertaining moments. Our LTO campaign, is based on the insight that when you taste something truly lip smacking different from what you expect, you can react in unpredictable ways, making the situation full of fun and entertainment. With our limited-time, innovative Kurkure Out of Control Chaat and Uncensored Tadka flavours, we want to give consumers more reasons to have ‘masti-bhare’ mischievous moments with their friends & family.”

In recent behind-the-scenes footage from the campaign’s TVC shoot went viral on social media. In that, Kritika Kamra could be seen commenting on the lack of efforts put in by the director, Uzer Khan. Kritika clarified the rumours after many speculations and suggested that it was Kurkure’s new flavours that made her go ‘Out Of Control’ and ‘Uncensored’ and make that comment. Furthermore, she added that it was all in good humour and that she’s excited to work with Uzer in the future as well. This reveal of the prank, which initially got netizens speculating, left them smiling and generated widespread curiosity amongst consumers to try out the new Kurkure flavours for themselves.

Kurkure Out of Control Chaat and Kurkure Uncensored Tadka flavours have eye-catching packaging aesthetics and are now available at INR 5 and INR 10 across all leading retail and e-commerce platforms in India. 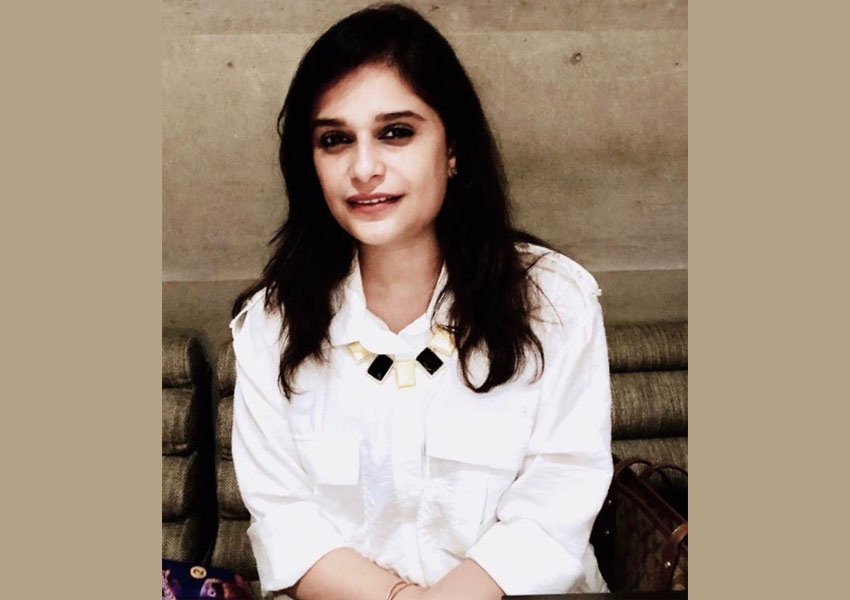