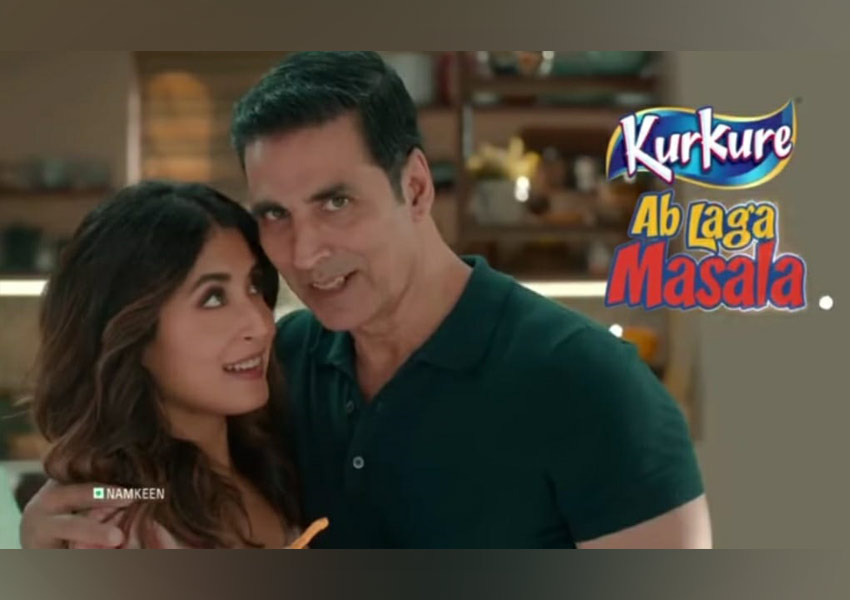 Bollywood superstar and brand ambassador, Akshay Kumar appears in a new campaign launched by Kurkure and it revolves around adding a ‘masaledaar twist’ to everyday mundane moments. The brand highlights the fact that how consumers have found their perfect companion to add an element of fun and quirk to their daily lives with Kurkure.

With everyday activities seeming dull and boring, the latest campaign ‘Ab Laga Masala’ is based on the insight that there is a sense of monotony has set-in in people’s lives. Kurkure launched the exciting digital-forward campaign, in an endeavour to encourage consumers to fill these mundane moments with entertainment and ‘quirky masti’. One’s dramatic and OTT side can come outside with just munch of Kurkure, transforming every boring moment into one packed with entertainment and ‘masala’. This is what the film showcases.

Dilen Gandhi, Sr. Director and Category Head – Foods, PepsiCo India, commented, “Through our latest campaign, we aim to inspire our fans and consumers across India to break the monotony and humdrum of life by adding a touch of ‘masala’. Through this campaign, we want to showcase how consumers can infuse fun and humour into their routines with Kurkure, making everyday moments ‘memorable’ and not ‘mundane’.”

In the film, Akshay Kumar is seen munching on Kurkure in a relatable family setup and undergoing multiple ‘masaledaar’ transformations. He takes on the role of the television set in the house, enabled by the lip-smacking explosion of chatpata Indian flavours and adds a dose of entertainment by reporting news and sports in true Kurkure style.

Comparing his roles in movies with the brand’s ‘masaledaar’ taste, brand ambassador Akshay Kumar said he is happy to team with Kurkure and encourage consumers to brighten their everyday moments.

Senthil Kumar, Chief Creative Officer, Wunderman Thompson, India said, “Kurkure has always been an integral part of the Indian family. Whether it’s celebrating each other’s quirks together or saving each other from boredom.  The team came up with this interesting idea to use Kurkure as a device that unlocks full family entertainment. Extremely relevant in these times when we tend to get bored so easily. Akshay’s superb comic timing and the use of Kurkure as the remote makes the ad memorable and fun to watch.”

The brand has multiple digital activations in the pipeline for the upcoming weeks and the film is first of them all. A robust 360-degree surround plan has been made for the latest campaign panning across multiple platforms.