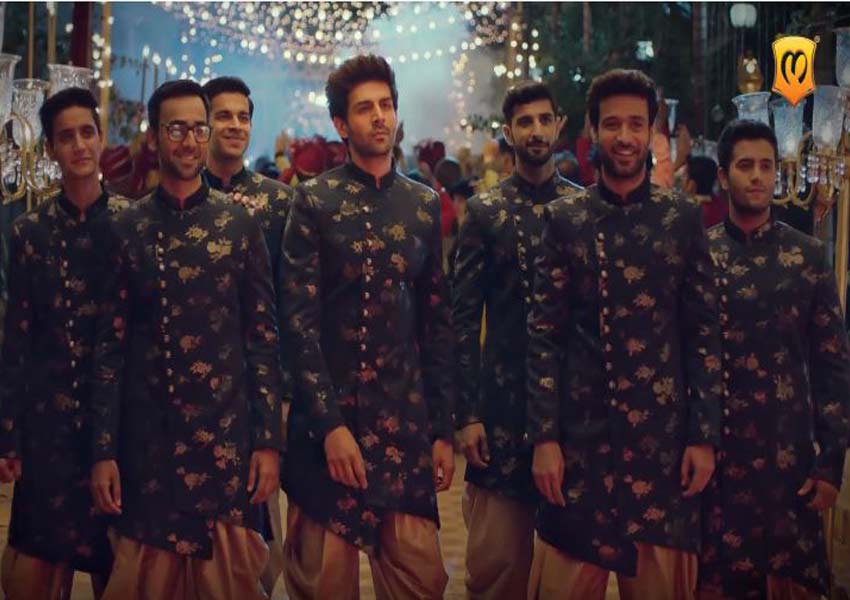 Manyavar launched their first film featuring Kartik Aaryan in the most fun avatar ever! The film revolves around Manyavar’s new concept of co-ordinated dressing at weddings where close friends of the groom are dressed in similar attire. It makes for great photos, shows the world who all are the closest to the groom and makes everyone look like a squad!

The whole idea of GroomSquad is so relatable and exciting! Having portrayed the quintessential groomsman in my movies, the role came naturally to me – the film has the right dose of fun, friendship and playfulness. I think the concept of enjoying your closest friend’s wedding with your whole GroomSquad in co-ordinated outfits is just amazing! It really shows the world clearly who your closest friends are! I am definitely looking forward to pull this off at my next friend’s wedding” quipped Kartik.

Quoting on this, Avijit Dhar, AVP Marketing said “The concept is the hero in this film! Weddings are full of picture-perfect moments, and even more so if it’s a close friend’s wedding. The idea of the groom’s close friends coordinating their outfits is interesting because it helps people to know who all are really close to the groom. And of course, it makes for some really fun memories and some real selfie-worthy frames!”.

Kartik has just the right personality to pull it off on-screen. His well-established groomsman image and his playful persona was just right when he tried to give the bridesmaids a run for their money!”

“Yaar ki shaadi calls for yaari and masti – we married both with synchronized dressing and a song. The Groomsquad lead by Kartik Aryaan topped it off with their dulhe ke yaar attitude” commented Shreyansh Baid, Creative Director, SIPL, the agency that worked on the film.

Link to the TVC: here