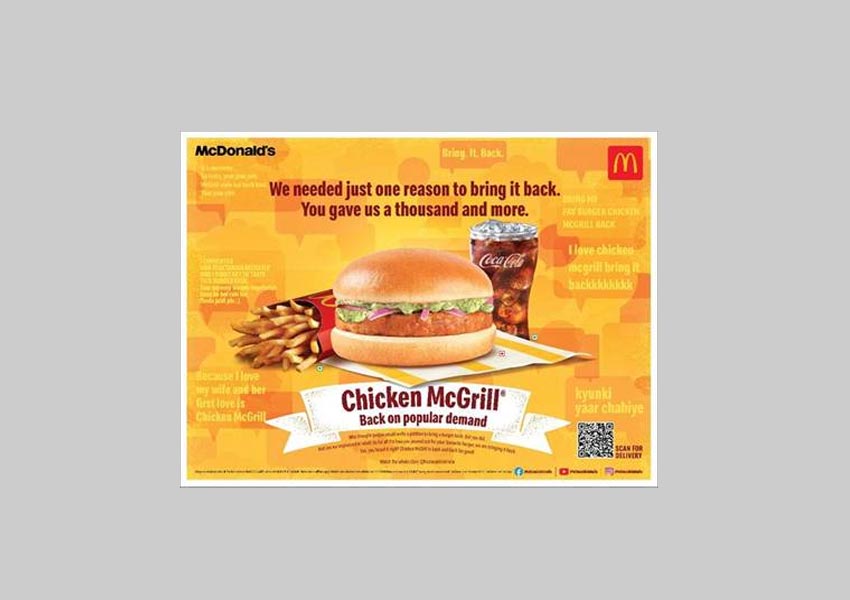 The most talked burger of the town, Chicken McGrill is back to haunt you and McDonald’s India have decided to go the extra mile to make it reach the masses with a new #McGrillisBack campaign.

Campaign Giving It Back To Netizens

Days after giving in to the popular consumer demand of bringing back Chicken McGrill burger, McDonald’s India North & East has launched the #McGrillisBack campaign for the most talked about burger in town. If you are wondering what’s so special about the campaign?

Well! Chicken McGrill fans started a petition and took to social media to begin a movement asking McDonald’s to #BringMcGrillBack, which further found support from comic Abhishek Upmanyu and actor Neha Dhupia who also signed the petition and spoke about their love for the burger.

After a large number of requests started pouring in, McDonald’s decided to listen to its customers and announced the re-introduction of the most talked about burger in town. Post the formal announcement by McDonald’s, Chicken McGrill fans again took to social media to express their love and emotions for Chicken McGrill.

An Opportunity To Relive the Moments

Robert Hunghanfoo, Head, CPRL (Connaught Plaza Restaurants operates McDonald’s restaurants in North and East India) said, “Chicken McGrill has been one of the most loved menu offerings at McDonald’s. The reaction and desire we witnessed on social media is a true testament to people’s love for Chicken McGrill. With this campaign, we are offering our customers another chance to relive their favorite memories by offering them a menu item that they have been asking us for.”

Chicken McGrill is now a part of the all-day menu across all McDonald’s restaurants in North and East India including McDelivery and takeaway orders.

With Food safety and quality always at the core, all McDonald’s products go through comprehensive quality checks, from farm to table, so that the customers can enjoy safe and delicious food every time they choose McDonald’s.

Furthermore, as a commitment to quality and safety in the current times, McDonald’s India – North and East has introduced the Global ‘Safety+’ program that includes nearly 50-plus process changes in the restaurant operations. Safety+ is a Global system of enhanced hygiene and safety practices that help ensure that every part of the McDonald’s experience is safe for its customers and employees. It builds on more than six decades of safety-first leadership in McDonald’s restaurants.

Showcasing the People’s Love for McGrill

Conceptualized by DDB Mudra, the campaign with the help of digital films uses situational humour in highlighting people’s unconditional love for the burger.

“Chicken McGrill is an icon. And the icons are timeless. Its teeming fans had been campaigning for its comeback. Therefore, it was only natural for us to make this unbound love for the Chicken McGrill, the fuel for its comeback. The campaign celebrates this very love for the burger in a heartfelt, McDonald’s way so that the fans never have to stop lovin’ it!”, said, Ashutosh Sawhney, Managing Partner – DDB Mudra Group, North. 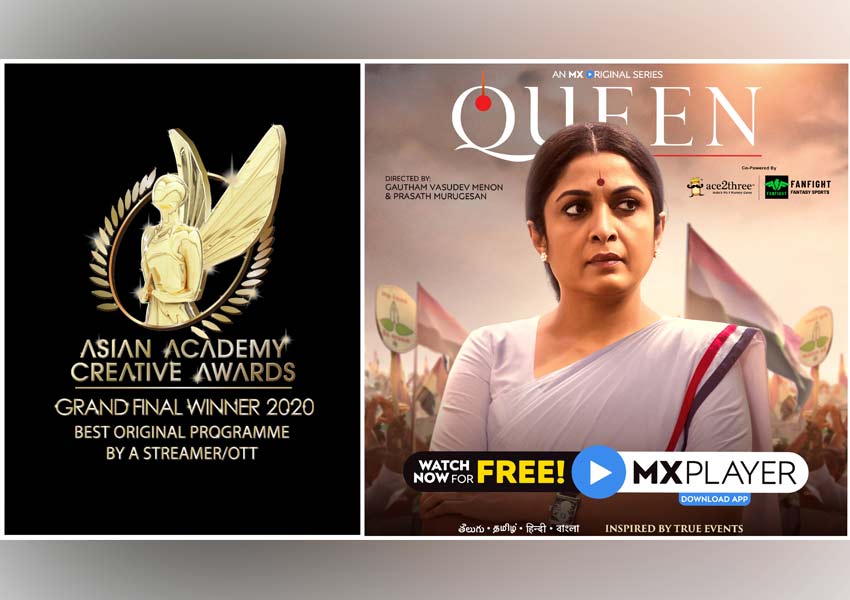