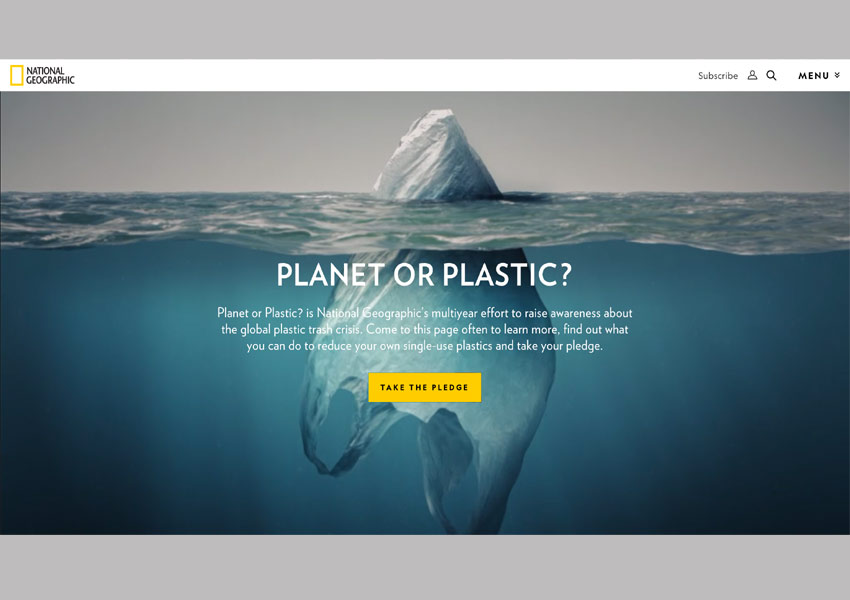 National Geographic India released an innovative digital stunt reiterating the brand’s commitment to inspire people to care about the planet. The activity was part of ‘Planet or Plastic?’ – National Geographic’s multi-year initiative raising awareness of the global plastic crisis and reducing the amount of single-use plastic that is polluting the world oceans.

To drive relevance and relatability for the message, the digital stunt struck a resonating chord with National Geographic’s social media audience by reinstating in the audience’s mind that plastic is non-perishable and negatively impacts the environment.

Conceptualised and executed by Dentsu Aegis Network’s digital agency Isobar India, the stunt was essentially a ‘Facebook story’ that refused to go away. Playing on the characteristic of ‘Facebook story’ that vanishes in 24 hours, this story is non-perishable and never vanishes, just like plastic.

Attracting a commendable engagement across Facebook, the campaign in its initial few days garnered more than 1.5 MN+ story views with 200+ replies.

Commenting on the campaign, Pawan Soni, Head – Marketing & Programming, National Geographic India said, “Plastics crisis wasn’t created in a day and it certainly cannot be solved in a day. This is why we launched a multi-year initiative – Planet or Plastic? The initiative is aimed at raising awareness about the global plastic issue and we wanted people to join the movement and pledge to eliminate single-use plastic usage. In order to roll out the campaign, we briefed the agency to use a method that should be innovative, yet not niche, so that maximum participation can be achieved. And that’s exactly what they did with ‘Story that Stays’.”

Speaking on the launch, Gopa Kumar, Executive Vice President, Isobar states, “National Geographic launched the first phase of the ‘Planet or Plastic’ campaign globally in 2018. It was a huge opportunity to raise awareness and make a mark. To unveil the campaign in India, we primarily targeted the millennials who use social media extensively and are the majority users of single-use plastic. We carefully chose a medium that resonated with them and reached out to them on platforms that they end up engaging with and spend more time on. That’s how the ‘Story that Stays’ was born. It facilitated us to get the desired attention and start a movement that will help the cause, and eventually the planet. This is just a start and during the course of the year several interventions are planned to raise awareness on this issue.”