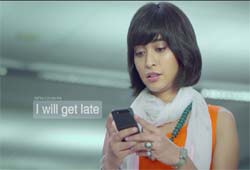 A step forward in life is usually symbolized with an upgrade in physical goods that come at a price. But often an upgrade in mindset brings about a change which reaps benefits without compromising on your dreams or your wallet. This is what OLX’s new TVC depicts – live a contented and independent life without compromising on your dreams by borrowing snippets from everyday life situations of modern working couples in mid-level corporate jobs. Giving its successful campaigns, ‘Bech De’ and ‘Keemat Bhi, Kuch Keemti Bhi’, a new outlook, OLX, India’s largest marketplace for used goods, has released a television Ad, ‘Aadhe Tere, Aadhe Mere’ continuing with the successful punch line “keemat bhi, kuch keemti bhi, OLX pe Bech De”.

Said Amarjit Singh Batra, CEO, OLX India, “As a consumer-to-consumer (C2C) platform OLX believes in bringing people together for win-win exchanges, and improving their lives. The ‘used car’ segment on OLX witnesses exceptionally fast transactions and offers great cars and value for both buyers and sellers on making us the most preferred platform for used cars. The desire to upgrade comes most naturally to consumers making selling of used cars relatively more established as a behavior. Through this TVC we are trying to highlight how OLX plays a role in the daily life of people, allowing them to take decisions that bring loved ones even closer and also make their lives easier. Since car is a big-ticket purchase, we try to make the experience stress free. Thus we took the lead in offering inspection of cars which is a value-added service for the buyers.”

Conceived by Lowe Lintas, the TVC depicts the story of a modern working couple getting ready to leave for their respective offices. While the husband’s getting ready, the wife is waiting outside their car looking at her watch since she is getting late for work. He drops her off at her office and reminds her that he will pick her up at 6.30 in the evening. After a hectic day at office, she gets a text from her husband saying that he will be late by an hour. She waits for him while the rest of her colleagues have left. Finally she gets a text saying that he won’t be able to make it and she should grab a taxi and head home. While she is pondering over the day’s events, the husband reaches home and they have a conversation where she expresses her concern. She tells her husband that she used to be more independent before she got married compared to what she is now. The husband thinks about it and decides to sell his car. He uploads an ad on OLX app and sells the car after meeting the buyer. The next scene shows the wife leaving for office, when she is surprised to find two smaller cars instead of the previous sedan of her husband. The husband then asks the wife to choose her own car which leaves her happy and surprised. The TVC ends with the tagline, “keemat bhi, kuch keemti bhi, OLX pe Bech De”.

Said Shayondeep Pal, Executive Creative Director, Lowe Lintas, “Under the umbrella of Keemat Bhi, Kuch Keemti Bhi, OLX has managed to blend in seamlessly the societal issues and behaviors that people can relate to. Our task was to take the thought forward and strengthen the proposition with a new lens. The story is about a modern working couple who have mid-level corporate jobs. It challenges the traditional aspects of an upgrade, and talks instead of an upgrade in mindset. The idea was to resonate with young couples, for whom self-reliance and independence are important aspects in relationship building.” 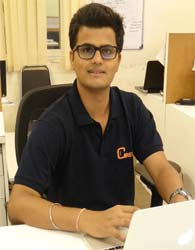