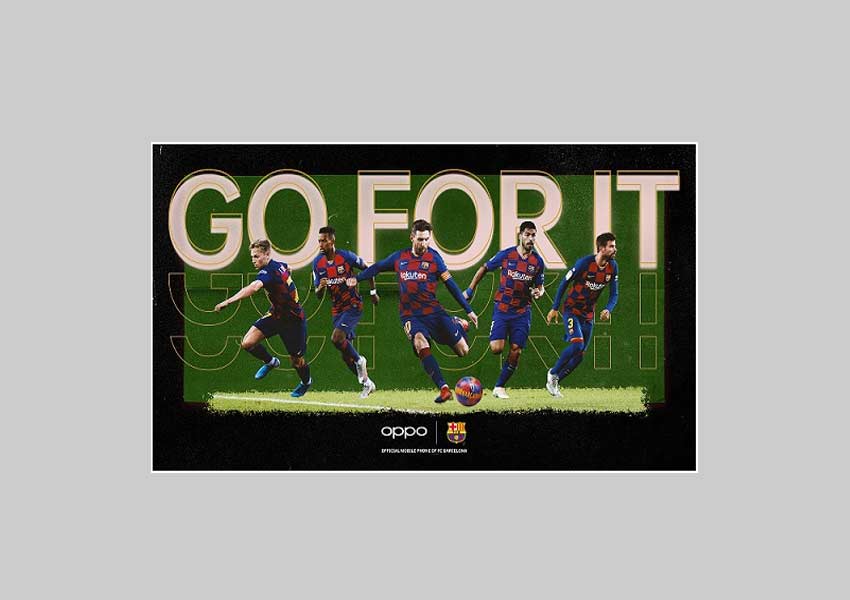 World-leading smart device brand OPPO debuted its latest ad spot aimed at brand-building in Europe, highlighting its work with FC Barcelona(Barҫa) as the team seeks to be the final 8 among all European elites. The campaign punctuates the company’s continued market expansion, having added Germany, Portugal, Belgium and Romania to its European portfolio as of last month.

This builds on an already successful five-year partnership with the squad, which is the longest-running cooperation between a tech brand and a European football club.

OPPO wants Barҫa fans to “Go for it”

OPPO is hosting a season-long digital content series, including a virtual Q&A session with first team players, a social campaign and a new commercial dubbed “Go for it.”(See here :)

The ad spot takes viewers into a young fan’s world as she dribbles her way to victory, casting off naysayers and self-doubt as she prepares to join a men’s match. Splicing action shots with those of Barҫa players, we come to see that we’re viewing the celebratory shoulder raise not from the stands, but by watching the action virtually through the Find X2. Available in around 10 European markets, the 5G device series delivers an all-around powerful 5G flagship experience, with one of the most advanced screens in the industry.

The social series kicked off June with a Facebook, Twitter and Instagram Story blitz cheering on the club with #CheerforBarҫa. Selected fan messages were displayed on Camp Nou’s LED signboards to encourage the players during the restart of the La Liga season played behind closed doors. The campaign then shifts to echo the ad video, encouraging fans to tackle their own dreams and ambitions with the spirit of #GoForIt, regardless of the barriers they may encounter.

Fans can also watch a Q&A with the football squad’s defenders Gerard Piqué, Nélson Semedo, Clément Lenglet and forwards Luis Suarez and Martin Braithwaite  – where the players shared their thoughts about the journey and answered questions collected by Barçaand OPPO from fans here.

In addition to the continuance of the FC Barcelona partnership, OPPO maintains its tennis partnerships with Roland-Garros and Wimbledon and added the Boston Marathon.Leveraging the association with these international sports partnerships drives OPPO’s increasing global presence and resonance with local fans.