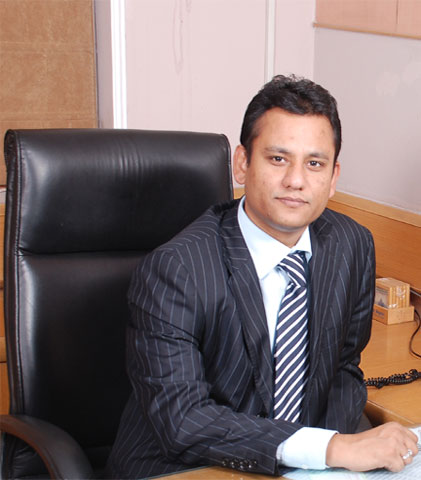 Option Designs, one of India’s leading and fully integrated advertising agencies, has recently delivered an exciting rebranding campaign for Bodycare Kids, one of the leaders in the kid’s innerwear market, swiftly outgrowing its competitors. As part of the company’s rebranding exercise, the agency has built and implemented a 360-degree branding, advertising and digital marketing campaign, which comprises their new logo, print advertisements and out-of-home advertisement.

As part of the mandate, Option Designs helped establish and re-position Bodycare Kids and Proteens, which caters to casual, wears for all age groups with the proposition ‘Fashion for Everyone.’ The agency also assisted establishing the company’s new category in the kidswear market called ‘HAPPYWEAR Collection’ for kids and infants. With the new brand campaign for Bodycare and Proteens, Option Designs ensured the integration of the overall consumer experience by distinguishing the sub-brands on the basis of their elements, while also maintaining the core ethos for the parent brand, Bodycare Kids.

Mithun Gupta, Director -Bodycare International Ltd. said, “The company observed that a completely new TG segment opened up in response to the rebranding exercise, and what could be a better indicator of the fact that the new strategy has been successful. We chose Option Designs because of their thorough understanding of our needs as a brand catering to a certain consumer segment. The concept brief required them to reinvent the visual image of the brand so that the consumers can better relate and identify with the brand. We are delighted that the rebranding campaign by Option Designs has worked out so well.”

Japneet Singh, CEO- Option Designs, responsible for the rebranding says, “We at Option Designs played with two key concepts that brought on the real results – “Fashion for Everyone” and “Happy Wear”. These two thoughts boosted the brand positioning and became the new parlance in the industry itself. Happy Wear categorically focused on the idea of bringing in a range of clothing for kids, which makes them happy. Comfort became equivalent to happiness and thus, Happy Wear became a rage. Similarly, the idea of Fashion for Everyone broke stereotypes and the collection offered style, comfort and ease as a selling point across all age groups. Working for Bodycare Kids was an absolute creative pleasure for us.”

With the core focus on capacity expansion through induction of latest technologies expected to lead to more efficient manufacturing systems and increased output, Bodycare Kids is also channelizing the organized retail sector to achieve growth targets for its brands. Venturing into global markets through joint ventures, technical collaborations and strategic tie-ups with the companies that shares common philosophy, are some of the key measures that the brand is implementing in extension to its 360 degree rebranding campaign.