Britannia Rusk promises to be the saving grace of these chaotic mornings.

With the launch of the new and improved Britannia Rusks, now known as Britannia Toastea, the brand offers a tastier, crisper and healthy way to combat morning hunger.

The commercial conceptualised and executed by GREY group India brings together famous jodi of actresses Neena Gupta and Konkona Sen Sharma who presents the effectiveness of the new Britannia Toastea and announces rebranding of Britannia Rusk to Britannia Toastea.

This commercial acts as a sequel to the earlier ads of Britannia Rusk where Neena Gupta and Konkona Sharma were featured as Mother-in-law and daughter-in-law engaged in a sweet but teasing banter. Going one step ahead, this commercial portrays them as a team, as they battle the daily chaos and express it through a catchy rap song. The plot of the ad revolves around the insight that every morning, women of the household are expected to cater to everyone’s needs at the same time. And they have little time to eat. The need of the hour then becomes pausing the chaos, which they make by biting into the crispy Britannia Toastea.

Talking about the creative journey of the ad, Gautam Bhasin, Senior Creative Director, GREY Bangalore said, “The challenge was to take the entertainment quotient one notch up while retaining the premise of morning hunger. So, we gave it a quirky twist with the rap song. It worked well for us because the chaos and the fun played out well with this format.”

Vishal Ahluwalia, Senior Vice President, GREY Bangalore, adds “The big challenge for GREY was to create a memorable launch for “Toastea” branding and rejuvenate our morning hunger platform. This ad has been able to achieve both with Toastea becoming a hummable chorus and the cinematic wizardry of Neena & Konkana projecting the need for a pause before a full throttle morning play. The mornings are never going to change but the Indian woman can now be ready with her chaos remote with a cup of tea!”

The commercial has been created in 8 languages by Kaushik Sarkar from Apostrophe Films. 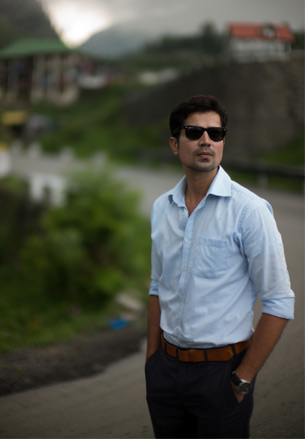