Pepsi®️ launches a catchy musical composition with the mercury rising by the minute to give people a respite from the heat. The composition is brought by the beverage brand along with the composer and celebrated internet personality, Yashraj Mukhate. Yashraj, who is popularly known for his viral remixes, has created a new tune for Pepsi®️ which is an extension to the brand’s summer campaign offering a ‘more refreshing’ experience to consumers.

Leading to a catchy tune, Yashraj Mukhate can be seen creating music with a bottle of Pepsi®️ in the video. This tune brings alive the fact that Pepsi®️ is now “more refreshing” and reiterates the brand’s post-consumption experience.

Speaking about the collaboration, Saumya Rathor, Category Lead, Cola said, “Pepsi has always been a consumer centric brand with a finger on the pulse of today’s generation. With music and dance being key passion points of Gen Z, Yashraj’s creation matches with the brand’s ideologies. We look forward to having our audiences refresh themselves with this new composition, along with a chilled bottle of Pepsi.”

Over the next few days, the composition is also set to be popularized by several other popular Internet personalities such Awez, Avneet, Dhanishree Verma, Gauhar Khan, Shehnaz  & Jannat Zubair to name a few.

*The claim has been substantiated by an independent research undertaken by Nielsen which establishes that Pepsi is now even “More Refreshing.” For more details reach out to www.pepsi.in

Originally introduced as Brad’s Drink, Pepsi was created and developed in 1893 by Caleb Bradham. Later it was renamed as Pepsi-Cola in 1898 and then shortened to Pepsi in 1961. 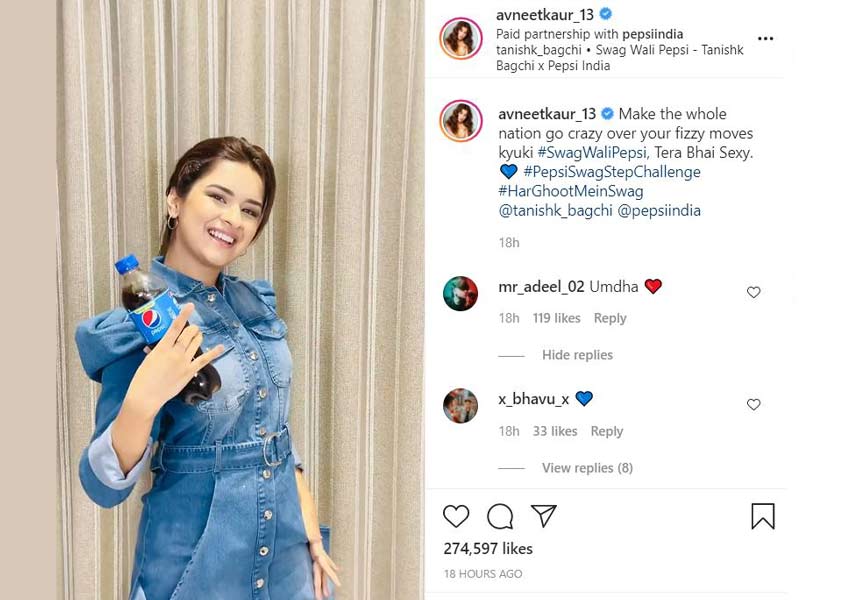