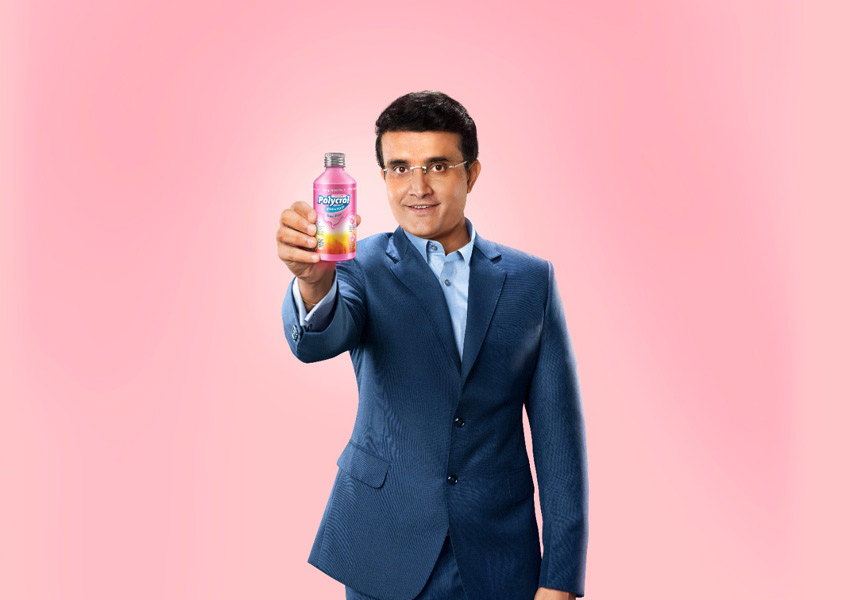 Piramal Enterprises’ Consumer Products Division today announced its association with Sourav Ganguly, Former Captain of the Indian Cricket Team & Current President, Board of Control for Cricket in India (BCCI) as the brand ambassador for ‘Polycrol’, its antacid brand.

Polycrol, a legacy brand over 4 decades, has established itself as a trusted product amongst consumers by providing them with quick relief from acidity. Available in a mint flavor, Polycrol is one of India’s leading liquid antacid brands, and is amongst the top 3 in Eastern India, including West Bengal, Assam and Odisha.

Commenting on this association, Nandini Piramal, Executive Director, Piramal Enterprises Limited said, “We are pleased to have Sourav Ganguly as the brand ambassador of Polycrol. Sourav, fondly known as ‘Maharaja’ in Eastern India, has been one of the world’s leading batsmen and a successful captain of the Indian cricket team. His association with Polycrol is a testament to our legacy brand’s strength and trustworthiness.”

Sourav Ganguly, Former Captain of the Indian Cricket Team & Current President, BCCI said, “Polycrol has been a household name in the East and has been a part of my family too, for many years now. We love our food and hence are always ready with Polycrol. I feel honoured to be associated with such a credible brand and look forward to creating new success benchmarks.”