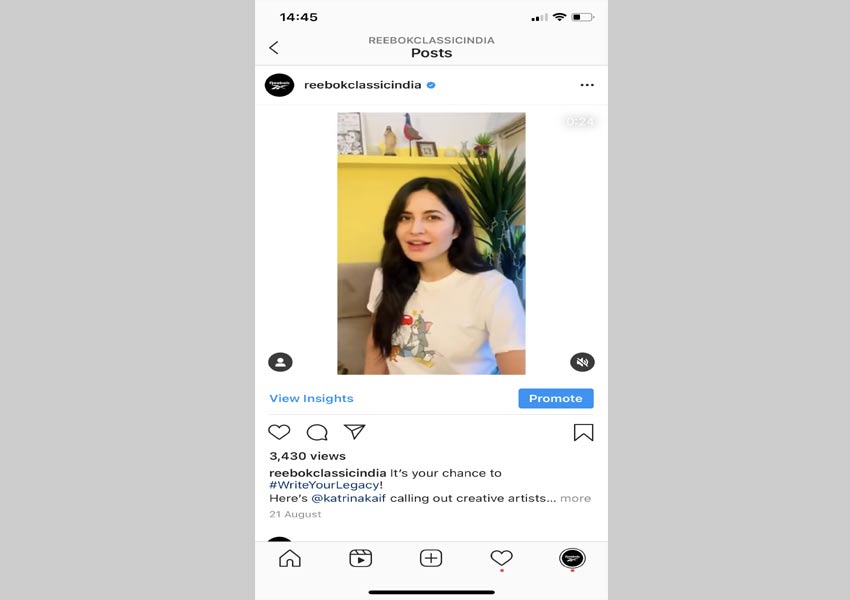 Since its launch in the 1980’s, Reebok’s Classic Leather shoe has seen multiple iterations, but has still managed to hold on to its charm. Given the shoe’s legacy, 22feet Tribal Worldwide built the campaign on the thought of how one would write their legacy. The idea was brought to life with a ‘Digital Art Slam’ contest announcement by renowned artists and celebrities such as Katrina Kaif, who encouraged artists to create something that they want to be remembered by.

The brief was to get inspired by the shoe, create an artwork and describe the story around it. Artists from across the country unleashed their creative prowess and the contest received an overwhelming response from over 500 Indian artists. The Digital Art Slam contest was concluded with an announcement of the top 10 illustrations on Reebok Classic India Instagram page, which were selected as contest winners and won a pair of Classic Leather Legacy with the top 3 winners getting featured on the official page.

Talking about the campaign, Debashish Ghosh, National Creative Director, 22feet Tribal Worldwide said, “It’s a common truth that people value the overall experience a brand offers as much as the product itself. As Reebok Classic Leather Legacy has serious street creds, this initiative to tap into the culture was always meant to happen. The collaboration with popular artists and the larger creative community to tell a story about the iconic shoe using their artwork was exhilarating. They created some beautiful pieces and by the looks of it, pretty much wrote their own legacy.”