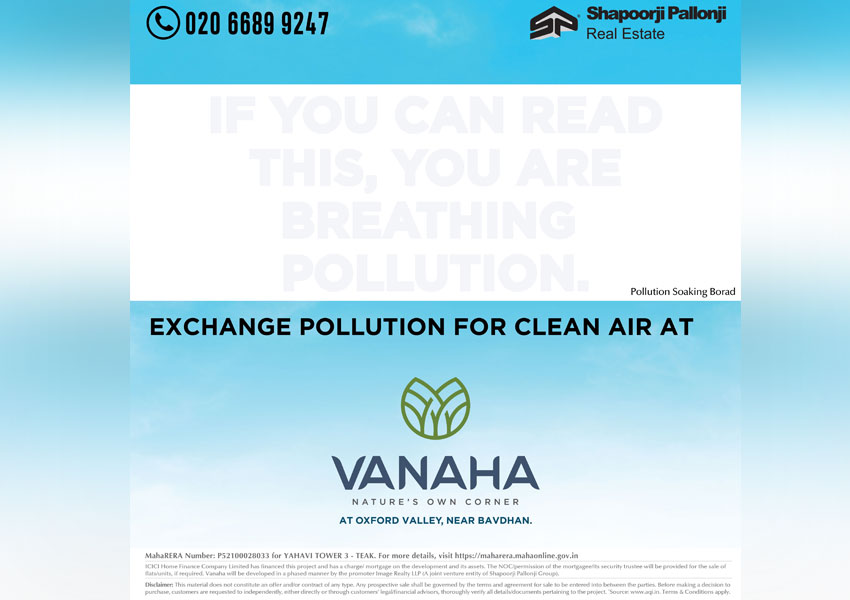 For the newly launched mixed-use development project, Shapoorji Pallonji Group announced a new marketing campaign ‘Breath-taking VANAHA’. Spread across 148 acres of land, the project is named ‘VANAHA’. Located at Oxford Valley, near Bavdhan, Pune, which is in the heart of one of the largest townships in India, ‘VANAHA’ notices the basic needs of today’s world, i.e., fresh air to breath or having a conducive environment to live and work as well as the fast-paced life of people.

‘Breath-taking VANAHA’ campaign has been conceptualised while keeping these pain points in mind. Through the overall product offering, it articulates the solution to problems. ‘Replace the pollution for fresh air, replace the stress for serenity, replace the traffic for a smooth ride and replace the crowd with open spaces- all at VANAHA which is located at the heart of one the largest townships in India.’- this is what the campaign renditions communicate.

Since most of the elements showcased in the campaign were shot at the location including shots of spectacular golf course and lake along with the rich flora-fauna, the lush greenery as well as the verdant hill views, the ‘Breath-taking VANAHA’ campaign is based on very strong ‘reasons to believe’ pillars. Enhancing the believability in the offering is the surreal actual photography of birds, trees, roads and the entire valley. ‘What you see is what you get’ is the message that the brand conveys and drives strongly.

Commenting on the campaign, Mr. Parikshit Pawar, Senior Vice President and Head of Marketing, Shapoorji Pallonji Real Estate said, “VANAHA is naturally blessed as a location and as marketer our biggest challenge was to come up with a campaign that does justice to this marvel. Today our lives are very hectic, everyone is so busy chasing their goals that they sometimes forget that there could be a better environment in which they could live and grow.”

“Despite the fact that it is being in the city, the green expanse and the tranquillity that VANAHA offers is simply unheard of. Here, one can be connected to one’s dreams and aspirations yet be disconnected from the city chaos, living in a landscape that is not designed but bestowed. Our residential project is envisaged around this insight, thus it presents a rare opportunity that switches between real and surreal,” Mr Pawar added.

Deriving maximum impact, Shapoorji Pallonji Group believes in co-creating value with its customers and partners. The company has run a name game contest on social media platforms, in line with that philosophy, and invited names from common people for one of its most ambitious real estate developments in India. Such an opportunity was opened for probably the first time by any real estate brand for the people at large. Through this initiative on leading media platforms, they reached out to more than 32 lakhs audience. During the contest on social media, the company received around 15000 options and then ‘VANAHA’ was selected by them.

Unlike other companies and projects where the real estate structures are at the forefront of the project and the landscaping is then planned around it, ‘VANAHA’ offers overall development envisaged around the already existing vast green open spaces. ‘VANAHA’ is located in a township graced with 400+ species of flora-fauna. In comparison to other bustling city areas of Pune, the average air quality is superior and noise levels are lower at ‘VANAHA’.

The innovative approach has also been followed across touchpoints covering press, outdoor, digital, events and activations. In addition to that, to record the quality of the environment, real-time AQI and noise level monitoring boards were installed which further strengthened the brand promise. To showcase average AQI of the city vs VANAHA, certain strategic hoardings with clear comparisons were highlighted and to further drive the campaign messaging strongly, large pollution soaking billboards were also placed in select localities. In order to take the viewers closer to the actual experience, at the digital media platforms, innovative rich media 3D video banners were used in social media platforms such as Facebook and Instagram.

Tags:
Previous Article
Some Tricks You Must Know If You Want To Win The Lottery
Next Article
‘Give love; Gift an Instant Camera’ campaign launched by Fujifilm India 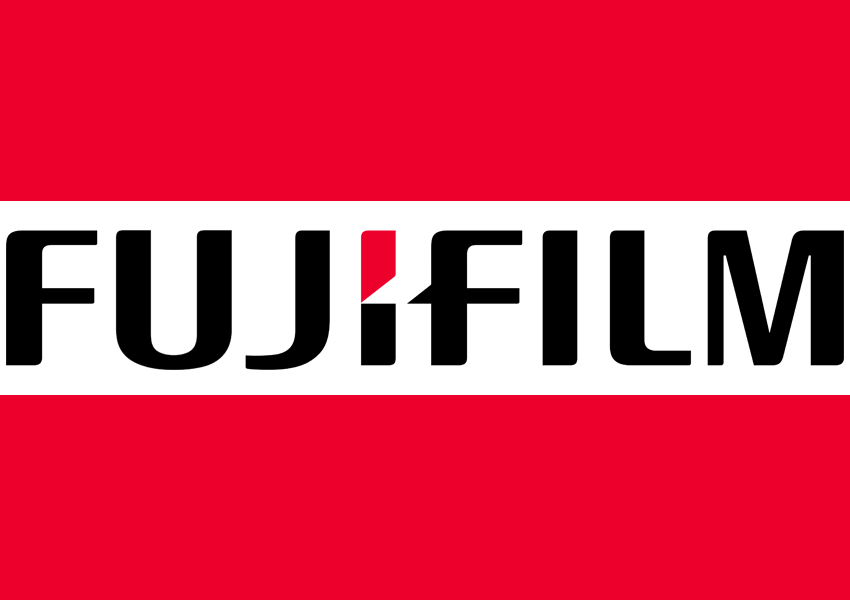