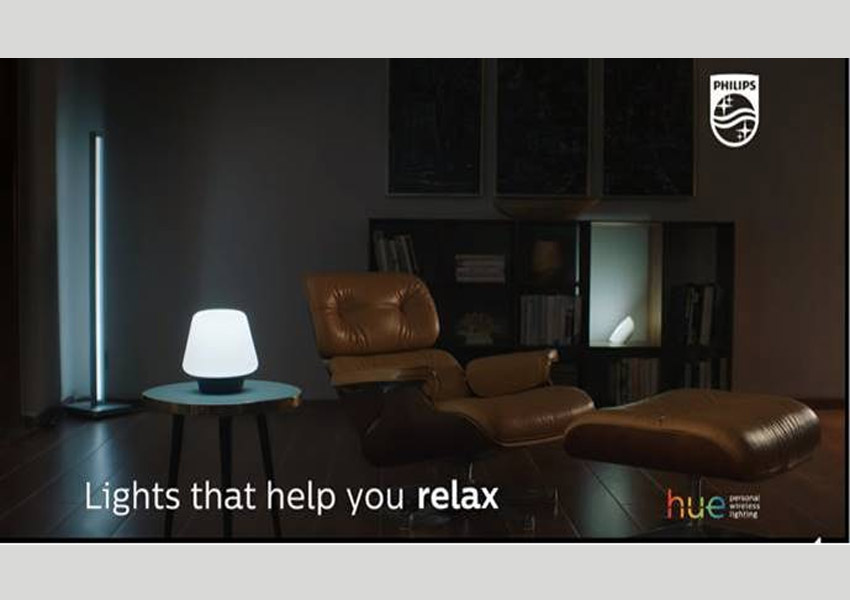 Signify (formerly known as Philips Lighting) launched its latest TV advertisement campaign ‘Light your home smarter’ for Philips Hue in India. The campaign features four television commercials, including one brand film and three application-led films highlighting various applications of the Philips Hue product range such as remote access, voice control and wake-up feature. The campaign is aimed at building awareness for the smart lighting category in India and has been developed by advertisement agency Lowe Lintas.

The Philips Hue campaign is currently on-air on the Star Sports channel in India, during the ICC Cricket World Cup 2019, the most watched cricket event in the world. The company has also partnered with Star Sports as the presenting sponsor of the Cricket Live segment throughout the 45 days of the World Cup. The Philips Hue Cricket Live Show features cricket experts sharing their analysis of the match with the audience. Given the popularity of cricket in India, the company is confident that the campaign will enhance the target consumer’s awareness of Philips Hue.

Speaking about the campaign, Ipshita Chowdhury, Director, Marketing Communications, Signify Innovations India Limited said, “Philips Hue is a new-age connected home lighting product and these latest advertisement films do a great job in bringing alive the product’s key propositions like wake-up feature, remote access and voice control. The campaign is designed based on sharp consumer insights and emphasizes the consumer’s relationship with the product. Having made significant media investments for this campaign during the ICC Cricket World Cup, we are confident that the campaign will resonate with consumers.”