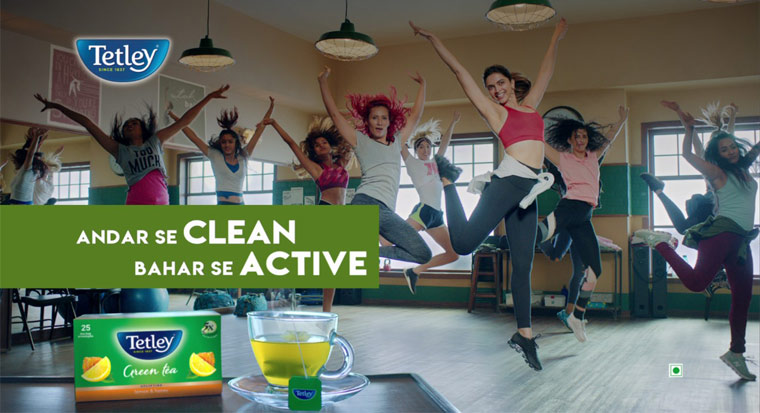 Tata Global Beverages, the second largest tea company in the world, today unveiled its brand-new campaign for Tetley Green Tea with Deepika Padukone, their new brand ambassador. After a series of unforgettable advertising campaigns, this new campaign from Tata Global Beverages highlights the product’s USP as an enabler of a healthy lifestyle in a creative manner.

The TV commercial brings alive the positioning of Tetley Green Tea as beverage which cleanses you from within leaving you feeling refreshed and active. This is made possible with a cup of Tetley Green tea which has 5 times more antioxidants than an apple. In a compellingly manner, the commercial depicts everyday situations that, despite our intent, don’t allow us to resist indulgences every now and then. While you can’t always control what you eat, a cup of Tetley Green Tea a day will help to cleanse and feel active.

The hallmark of this commercial is how relatable it is to a consumer’s daily life. It begins with Deepika Padukone ready to grab her healthy breakfast when at the same time her grandmother offers her some generously buttered up aloo parathas. Who can say no to their grandmother, right? Next, during her fitness regime, we see even Deepika giving in to temptations, something which we are all familiar with. Saying no to your favourite food is difficult, especially when it’s offered by your loved ones. At times, breaking a regime seems easier than breaking a heart. While such situations can spring up unexpectedly, the new Tetley Green Tea campaign has a strong message that, at the end, feeling cleansed and active is a cup of green tea away!

Speaking about her association with Tetley, Ms. Deepika Padukone, Brand Ambassador – Tetley says, “There are times we face unavoidable situations where saying no to indulgences is almost impossible. In such times, I think it helps to add a cup of green tea to one’s diet that enables detoxification and feeling active. It is one of my most favorite go-to beverages and there’s no one better than Tetley to associate with in that regard.”

Remarking on the campaign, Sushant Dash, Regional Head – India & Middle East, Tata Global Beverages says, “At Tata Global Beverages, we focus on ‘good for you beverages’ with the aim of creating magical beverage moments for our consumers across India and the world. Tetley, today, is one of India’s most premium brands of tea. It is available in different variants and hence, caters to a wide variety of people with different tastes. We pioneered the green tea wave in India and fully understand its reported health benefits. The new campaign is an effort to reiterate the credibility of those benefits.

Puneet Das, Marketing Head – India (Tata Global Beverages) added, Tetley Green Tea is made to combat one of the biggest challenges of our daily lifestyle –indulgences that are tough to avoid. Our new TVC, with the extremely talented and fit, Deepika Padukone, tells that story which most of us will relate to. A samosa here and a cookie there, a cake at an office birthday party, we are surrounded by many indulging food choices or situations which may be hard to resist, but you can detox with Tetley Green Tea.”

Speaking about the new TVC, Shriram Iyer – National Creative Director, Mullen Lintas said, “Just when we decide to eat right, act fit, the entire world seems to conspire to throw you off the attempt. This is the insight we leveraged in our latest campaign for Tetley Green Tea. The fact that it also happens in the life of the fittest celebrity around just makes it all the more enjoyable.”

Tags:
Previous Article
Arvind and INVISTA present the future of denims at FESTIVE 2018
Next Article
Kansai Nerolac Paints announces its IPL association for 2018 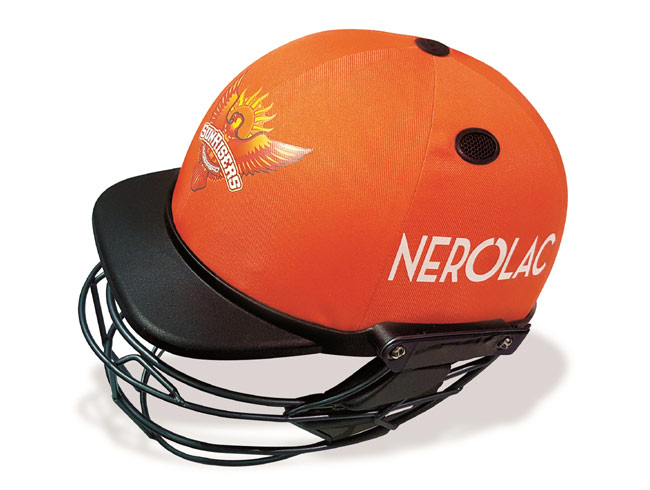