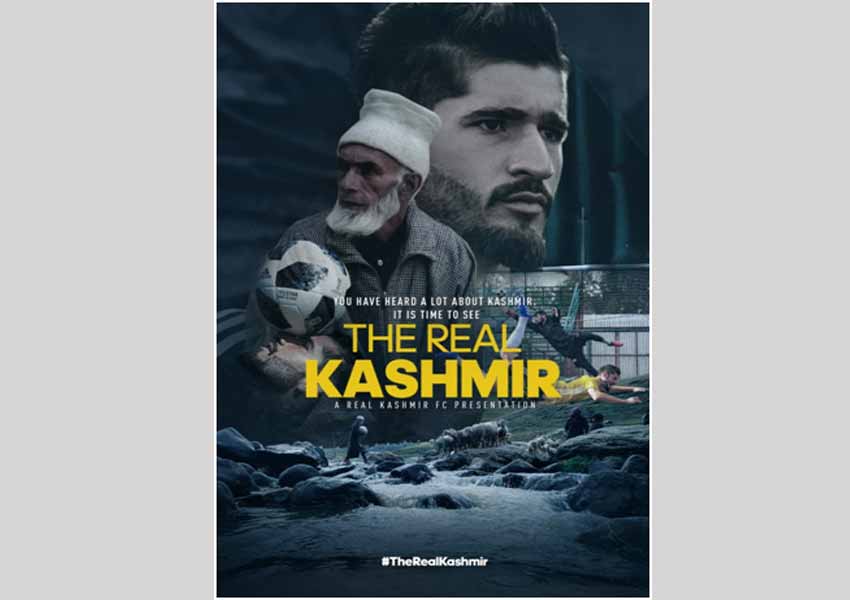 As India’s biggest professional football league – I-League sees a new entrant for the 2018/19 season, in Real Kashmir Football Club (RKFC). Their arrival is celebrated by new campaign #TheRealKashmir, launched to celebrate the success of RKFC, the current path-breakers who qualified to play the I-League. Conceptualized by Cheil WW India and supported by Real Kashmir FC, the film reinforces the story of RKFC and effectuates positive change in the valley through sport.

#TheRealKashmir film is an emotional narrative showcased from the point of view of an octogenarian Kashmiri who has seen the beauty of the valley taken over by the unrest and paranoia. Through his lens it shows to the audience how Jammu & Kashmir is changing yet again, but this time it’s football that is bringing a positive transformation.

The campaign is an ode to change for the nation. It is about making every Indian a harbinger of change and positivity. It’s is not just about people in J&K, but inspiring every individual possible to make a difference in their game, life and world.

The campaign film is beautifully held by an authentic and emotive Kashmiri folk song ‘Neroo haa naujawano’ that inspires the youth in Jammu & Kashmir to aim and strive high in their lives, and reach for the skies.

Shamim Meraj, Co-owner of Real Kashmir Football Club, said- “The film for us is inspirational and evocative. It sums up what we are. We are very thankful to locals of Jammu and Kashmir without whom we couldn’t have put our inspirational story together. It’s a great moment for a young club to produce something like this.”

Talking about the partnership with RKFC, Sean Van Wyk, Senior Marketing Director at adidas India, said, “At adidas, we firmly believe that through sport, we have the power to change lives, and now we are getting to live and see it in India. adidas aims at redefining the ‘Real’ Kashmir through the lens of sports and becoming the proponent of positivity and changing lives in Jammu & Kashmir through football. Real Kashmir FC is the flagbearer of positivity, and they epitomize our brand message Here To Create Change.”

The film captures the emotions of an old man, how he has seen it all change for the better and how he has felt the beautiful game of football bring a positive change in the valley. It takes the audience on a journey, highlighting the efforts made by club, garnering support from the locals. It also depicts the reality of how RKFC qualified for the I-League, when its star player – Danish, got tripped in the penalty box and takes the decisive penalty. The Film concludes by revealing that the protagonist, Umar Mir is visually impaired and yet could feel football change the valley for the better through his unbiased, unadulterated vision. In that conclusion the film beautifully transcends all history and leaves the audience with a powerful yet silent message. If a visually impaired person can feel the positive side of Kashmir through sports, why can’t the world around him feel it, with their eyes open. An emotion elevated with the background soundtrack of a poem.

The film will be followed by an exclusive photo exhibition that opens to the public and captures the true essence of Jammu & Kashmir. The exhibition will lend a new perspective through the lens of sport and redefine J&K in photographs.

Aneesh Jaisinghani, Executive Creative Director, Cheil WW India added, “This is not merely a campaign but a very special initiative to drive a perception change, to stir the emotions of people of this country and drive collective optimism towards Jammu & Kashmir. We are very proud to partner with Real Kashmir FC and hope to make a difference in the lives of people.”

Wunderman Thompson and Panasonic invite India to Meet The Future