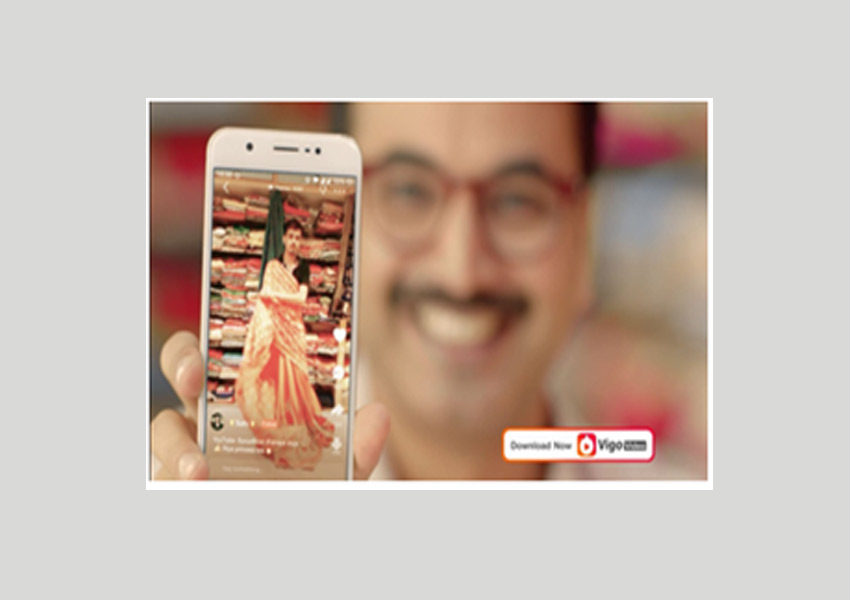 Inspired by the platform’s mission to connect real people with real stories from their communities, The TV-led campaign comprises of four videos that humorously highlight real moments from the lives of Vigo Video users all over India.

The campaign videos also feature a cameo of some of the popular creators on the platform through their videos on Vigo, including Prince Kumar and Rida Javed. These creators leverage Vigo Video as a platform to make the bigger community a part of their daily lives by sharing their own real moments with their followers.

The campaign #DekhteRehJaaoge highlights the role Vigo Video plays in its users’ lives as its over 20 million monthly active users spend a daily average of 70 minutes on the app, discovering and sharing content. Vigo Video’s internet stars have been able to capture the imagination of millions across India by showcasing authentic and engaging stories from ‘real’ India. Besides popular categories like comedy, sketch, acting, and lip sync videos, unlike on other social platforms, you can find more vertical categories and industries on Vigo Video that showcase the lifestyle of local Indian communities, such as fishing, farming, manufacturing, articraft, pottery and more, filling a gap by providing a platform to India’s new internet users.

To complement the launch of the #DekhteRehJaaoge brand campaign, an in-app challenge with the same hashtag will also be made available on the platform to engage users. Vigo users can join the challenge by making their own versions of the Vigo brand videos that resonate with the campaign theme #DekhteRehJaaoge and 10 chosen creators, depending on the video content, quality and relevance, will stand a chance to win INR 10,000!

We’re thrilled to unveil our first integrated brand campaign for Vigo Video especially made for our Indian users. Vigo Video’s vision from day one has been to build a short video social platform where anyone and everyone can express themselves freely by sharing real stories from their everyday lives. Vigo’s core users are first-time internet and smartphone users who create short and entertaining stories for a like-minded community who have similar interests. With the launch #DekhteRehJaaoge, Vigo aims to attract new users who would be keen to experiment with the platform to create entertaining content.

The campaign debuts on 13th May across multiple cities including Uttrakhand, Bihar, Punjab, Chandigarh, Haryana, West Bengal and Delhi on general entertainment channels.

Links to the TVC:

Behrouz Biryani and TVF brings The Royal Palate, goes live on 16th May
MediaInfoline May 14