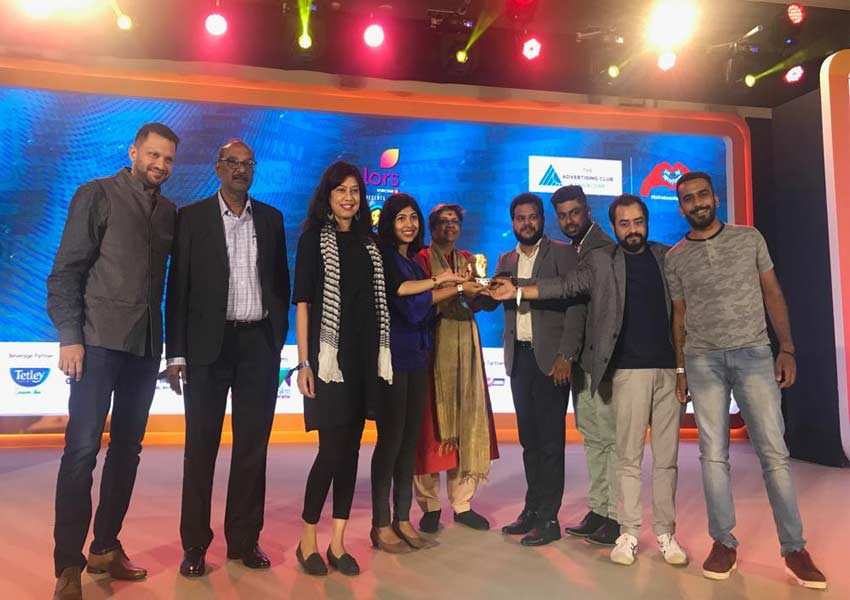 Columbia Pacific Communities bagged a gold under ‘Ayaz Peerbhoy Award for Integrated Digital Campaign of the Year including strategy’, and a silver for ‘Events including product launches’, at the Big Bang Awards 2019 held at ITC Royal Gardenia Bangalore on November 15.

The Big Bang awards, presented by the Advertising Club of Bangalore, acknowledges some of the finest work in Digital, Creative, Health Advertising and Media across seven categories spanning Print, TV, Radio and new age Digital and Mobile platforms. Bangalore’s BIG BANG AWARDS 2019 received a massive response in its 24th edition, with entries from 73 agencies spread over 13 cities in India.

The #Relearn campaign, designed to address age-old myths and stereotypes around senior citizens, successfully introduced the brand credo of ‘positive ageing’ in India. Positive ageing as a concept highlights the practical outlook for leading a positive and active lifestyle in your golden years. The campaign actively aims at busting the common myths around elder people by engaging more number of people and building a fresh perspective around ageing.

Commenting on the success, Piali Dasgupta, Vice President – Marketing, Columbia Pacific Communities, said, “In June this year, we launched our brand through a campaign called RELEARN. It aimed to shatter all age-related stereotypes that exist in our society and help propel a paradigm shift in the way the older generation is looked at.  For us, the campaign went beyond achieving the usual digital marketing metrics of engagement, link clicks and impressions. It was an ode to the generation that shaped the world and showed us the way.

As a brand, we are deeply committed to being authentic and walking the talk. So it was important to put our moneys where our mouths are. So, we developed a CSR leg for the campaign as well by tying up with India’s oldest charity platform Give India, and raised money through the campaign to donate to NGOs such as Help Age India and Anandam.

We hope to have changed the mindset of the 3 million people that we reached through this campaign, and that is our biggest achievement.

We are very thrilled to have received the Ayaz Peerbhoy Integrated Campaign Of The Year Award at the Big Bang Awards 2019. This is a very prestigious industry award and encourages us to keep raising the bar as far as creating compelling communication is concerned.

We also won a Silver for The Best Product Launch including Events at the Big Bang Awards 2019 for Relearn.”

The month-long campaign used an integrated approach on the digital platforms to change people’s perceptions about seniors and senior living through a dialogue. The campaign provoked the thoughts of people through influencer testimonial videos, Silver Lines – showcasing little, big moments of seniors through storyline and Your Word Counts – urging people to add a positive adjective that defines senior citizens to the word cloud on the website or in the comments section. A comprehensive use of digital platform enhanced the reach of the campaign and became a catalyst for social good.