Millions of Indians suffer from shortness of breath due to Obstructive Airway Diseases, but are however not on the most effective form of treatment. While inhalation is the best therapy for asthma, unfortunately, a majority of people are reluctant to take inhalers due the social stigma, unbound myths and low awareness levels.

Cipla, one of the largest pharmaceutical companies, has taken the initiative to educate and encourage patients suffering from Obstructive Airway Diseases (OAD) to smartly manage and control it. A mass media campaign titled #BerokZindagi is launched to help establish the fact that obstructive airway diseases are not a debilitating factor. The campaign is conceptualized and executed by GREY Group India. It aims to spread the awareness that inhalers are in fact the smartest choice to combat the illness and aims to make them more socially acceptable, thereby enabling patients to live a life without limits.

According to Mr. Nikhil Chopra – Head India Business, Cipla, “Myth busting around inhalers and benefit education will be the prime focus of the campaign. We aim to normalise inhalers and debunk the misconceptions around it. Our storytelling follows an approach which will help demonstrate the fact that patients have a smarter and effective way to treat asthma. I am glad that GREY Group and Impact Public Relations have come on board to support us with their core expertise in driving this behavioral and attitudinal shift.”

Sandipan Bhattacharyya, Chief Creative Officer, GREY group India said, “These stories challenge social attitudes and behaviour and that’s why portraying the undeniable spirit and zest of our protagonists was key to the execution. Hopefully, this campaign will trigger more open conversation around inhalers and make them the new normal. Hats off to Team Cipla for believing in the power of simplicity.”

#BerokZindagi is the first-of-its-kind campaign which positions the inhaler as not a sign of weakness, but echoes the patients’ undeniable resolve and spirit.

Vineet Singh, Senior Vice President and Office head-Mumbai, GREY Group India added, “Our strategy evolved from the insight that people avoid using inhalers due to social embarrassment and withdraw themselves from situations which they think will aggravate their illness. This campaign urges people to live a truly Berok Zindagi by using the most effective form of treatment. Using an inhaler is common sense, just as using a helmet while riding a motorcycle is. We believe the campaign will inspire and spark a change in the mindset of people.”

The campaign launched on 5th November and will be on air for a period of 16 weeks across television and social media platforms.

Link of the campaign – 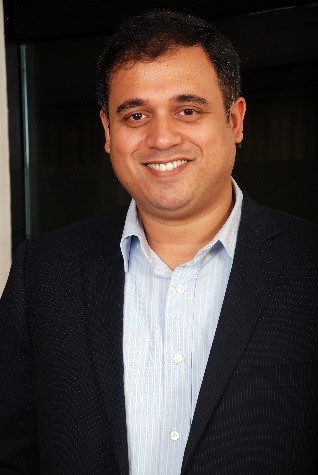