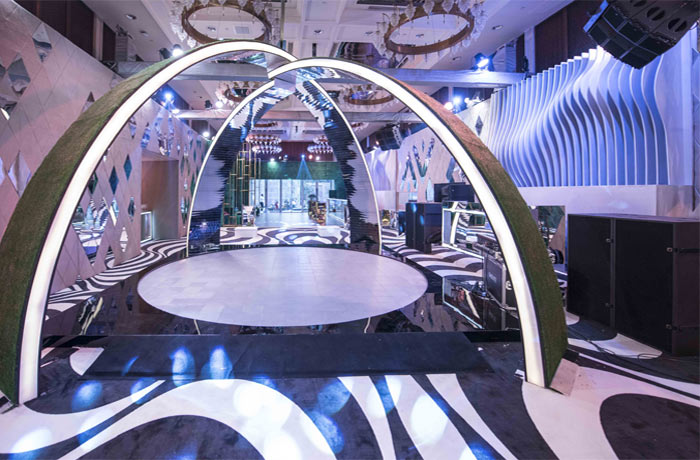 Percept ICE, the Special Projects, Events and Conventions Domain Company of Percept Limited, bagged the prestigious mandate of conceptualizing and producing the ZEE 25 Years Grand Party in Mumbai. The celebration was held on 13th January 2018 at The Mansion, Four Seasons Hotel, Mumbai. The event witnessed an attendance of over 1000 people which included leading celebrities from Indian cinema and television, politicians and renowned personalities from across the corporate world.

In 1992, Dr. Subhash Chandra, a visionary, a pioneer, the father of Indian Television.and Member of Parliament, Rajya Sabha revolutionized the Indian media landscape by launching India’s first Hindi satellite television channel, ZEE TV. Courtesy to his pioneering vision, the launch not only sparked the evolution of not a company, but also an entire industry in itself. Today, ZEE is a household name providing entertainment content to diverse audiences across 173 countries with a reach of more than 1.3 billion people. On the glorious occasion of completing 25 years, the media powerhouse hosted a gala celebration for their distinguished guests.

The grand party was attended by the legendary Indian cinema icon, Amitabh Bachchan and the Chief Minister of Maharashtra, Shri Devendra Fadnavis accompanied by his wife Smt. Amruta Fadnavis. Superstars Shah Rukh Khan, Akshay Kumar, Aamir Khan, Ranveer Singh, Deepika Padukone, Kangana Ranaut, Boney Kapoor Anil Kapoor, Jackie Shroff, Suniel Shetty, Sunny Deol, Bobby Deol, Karan Johar, Vidhu Vinod Chopra and many other Bollywood stars lent their illustrious presence to the magnificent affair.  It was one of the most memorable bashes hosted by a media conglomerate. Politicos Praful Patel and Amar Singh were spotted chatting with corporate honchos Venugopal Dhoot and NP Singh among others. Be it the dazzling divas and stars of Bollywood, the corporate kingpins or the socialites, they all came together under one roof to raise a toast to Zee completing its 25 successful years.

Commenting on the success of the event, Vidya Alva, Executive Vice President – Events, Percept ICE said, “It was a privilege to receive the mandate to manage the ZEE 25 Years Grand Party. This was a massive milestone achieved by the ZEE Group and the mega celebrations conceptualized had to skillfully reflect the scale and magnitude of this milestone moment. It was a great pleasure to see the outcome of all the planning and detailing unfold for the Grand Party and to have received many compliments for the setup. Many thanks to the ZEE Management for instilling their faith in us.”

Tags:
Previous Article
SVF to bring the story of ‘The Boy Who Moved Christmas’
Next Article
ShareChat Launches Sharechat Talkies