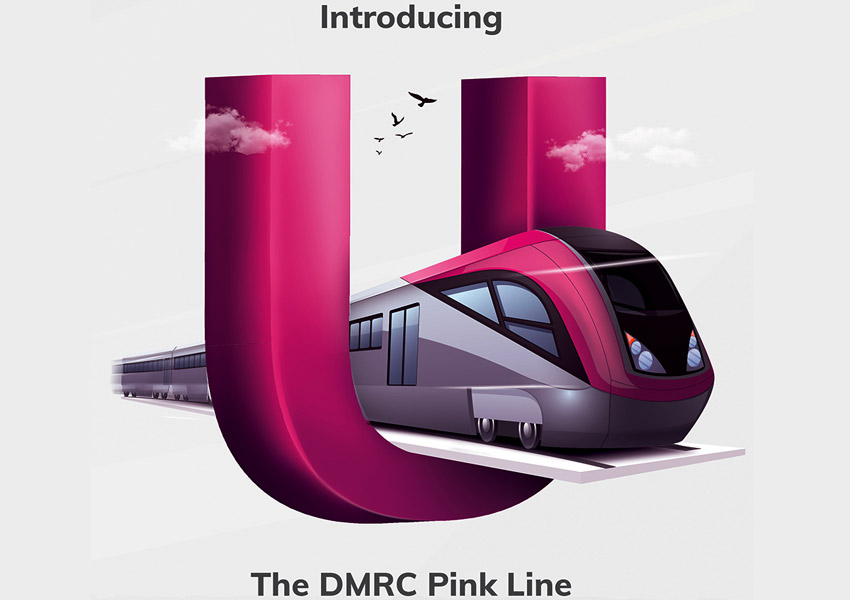 Times OOH has won the train wrap media rights to the New Delhi Metro Pink line. Serving 38 stations on the busy ring road and instantly recognisable for its distinct “U” shape, this is one of the most busiest circles in Delhi that cover important parts of the capital all the way from Majlis Park and Azadpur in North to Punjabi Bagh and Rajouri garden in the West to Bhikaji Cama Place and Dilli Haat in South to Mayur Vihar and Shiv Vihar in the East.

Speaking on the new acquisition to the Times OOH portfolio, Shekhar Narayanaswami, CFO and Head of Acquisitions – Times OOH said, “Delhi Metro is undoubtedly among the most lucrative and potent OOH media properties for advertisers across the country, especially volume-driven sectors like electronics, fashion and FMCG. At Times OOH, we plan to serve 52 trains on the Pink line offering high impact media options like train wrap, followed by In-train media of more than 3500+ static sites and 1800+ digital screens. After our runaway success with Mumbai Metro One, we are positive this new crucial addition will consolidate our position as the undisputed leader in the country’s OOH advertising space.”

Aimed at reducing traffic congestion in the national capital, the Delhi Metro has become an essential commuting option for Delhiites. With its connection to the Airport Express line, this line hosts a fine mix of air travelers and daily commuters including shoppers on their way to popular Sarojini Nagar, Lajpat Nagar, South Extension and INA markets, professionals commuting to work and back, students from Delhi University, government officials as well as tourists – owing to the connection to the Hazrat Nizamuddin Metro Station and Airport. Times OOH’s research shows 48% commuters spend more than 45 minutes travelling on this line, while 51% of the passengers belong to the service class and are primary decision makers of their households.

In Delhi NCR, apart from DMRC – Delhi Metro Pink line, Times OOH has exclusive media rights at Delhi Airport, 156 Bus Queue Shelters and the entire stretch of Yamuna Expressway. The Delhi Metro is a rapid transit system serving Delhi and its satellite cities of Ghaziabad, Faridabad, Gurgaon, Noida, Bahadurgarh and Ballabhgarh, in the National Capital Region of India. It is by far the largest and busiest metro in India, and the second oldest after the Kolkata Metro.