WATConsult, India’s leading and most awarded digital and social media agency, which is now part of the Dentsu Aegis Network, has rolled out a series of innovative HR activities for its employees. On the occasion of Raksha Bandhan, the company showcased on how sisters (younger or older) are dynamic in the many roles they play. They launched a curated video wherein the male employees shared stories and memories to reminisce and celebrate the good times.

The ideology was to create a sense of shared history to strengthen employee relations while they cherished these memories together. The hashtag #SheismyBruh was used to showcase the emotional bond between siblings wherein in most cases, sisters are playing the role of a brother and friend at the same time.

Last week, on the occasion of Independence Day, to imbibe the values of freedom and the responsibility which comes with it, the company initiated a week long activity across their social media platforms. They posted a series of 5 posts on their social media platforms, mainly Facebook, Instagram and Twitter, which reflected the culture of the Company and emphasized on how freedom and responsibility are two sides of the same coin. This was wrapped up by a curated video of the employees.

WATConsult, which strongly believes in employee satisfaction, has conducted similar engaging HR activities in the past too. On Mother’s Day, the agency personally invited mothers of all the employees in offices across cities and gave them an opportunity to see the workplace of their child along with an opportunity to interact with the HR director of the Company.

On International Yoga Day and International Chocolate Day, they carried out in-house yoga sessions to highlight the importance of health and had a live counter of chocolate sandwiches wherein all the employees gave into the temptation of their gluttony sides.

Commenting on the office culture, Rajiv Dingra, Founder and CEO, WATConsult, said, “We believe that a providing a happy and positive culture motivates the employees. Since they are one of us, it becomes our responsibility to ensure that they remain inspired and are encouraged enough. Our HR team plays a dedicated role in doing so.”

Speaking on this initiative, Heeru Dingra, Director – HR & Finance, WATConsult said, “We strongly believe in providing a work culture which gives space for everyone to evolve. All our employee initiatives are based either on the recent events or to impart knowledge and create self-awareness amongst employees. Via our employee engagement activities, we strive to strike a balance between work and fun to inspire a sense of belonging and stay connected.”

WATConsult, which is currently in its 10th year, is now a part of Dentsu Aegis Network and is headquartered in Mumbai with branch offices in Delhi and Bangalore. It has received more than 100 awards and recognitions in the field of social media marketing. These include the prestigious global DMA echo in San Diego, ‘The most progressive digital agency award’ at CMO ASIA Singapore, ‘The social media agency of the year 2014’ at Socialathon Delhi, ‘Boutique Media Agency of the year’ at Media Ace Awards, Mumbai and also the Campaign Agency of the year India (Bronze) at the Campaign Asia Awards. 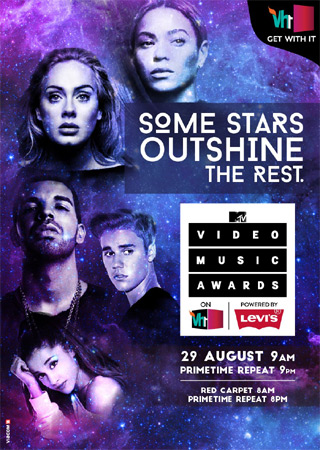 This August, Vh1 brings all the insanity of the 2016 Video Music Awards to India!
MediaInfoline Aug 24