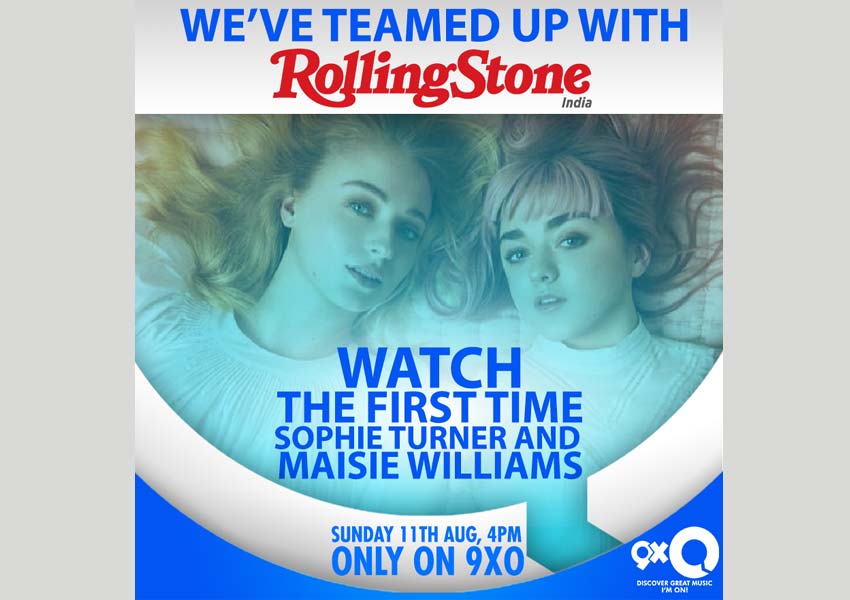 Rolling Stone magazine has teamed up with 9XO to air its groundbreaking content on the International Music Channel. 9XO viewers and music aficionados will be able to view the latest trends in International music and get up close and personal with their favourite singers/ composers through Rolling Stone magazine’s video interviews and behind the scene footage from their cover shoots. The Rolling Stone exclusive content premieres on 9XO, starting 11th August, Sunday at 4 pm.

The collaboration between 9XO and Rolling Stone will allow viewers an access to original content from Rolling Stone magazine. Exclusive Rolling Stone Interviews and Video content with the likes of Sophie Turner, Ed Sheeran, etc; will feature on the channel in capsules/vignettes formats. Segments like ‘The First Time’ and ‘How I wrote this’ will give great insights to viewers on their favourite artist and their favourite songs.

Commenting on the association with Rolling Stone Magazine, Clyde D’Souza, Programming Head, 9XO and 9XM said “9XO is known to air premium International content and this association is a step towards providing our viewers with the best from the International music scene. The up-close and personal interviews with the biggest stars on RollingStone interview, behind the scene footage on the legendary Rolling Stone cover shoots, etc. will give viewers a sneak peek into the lives of some of the most revered music artists. This exclusive content will definitely resonate with our viewers, giving them the freshest dope on their favourite artists.”

Speaking about the association with 9XO, Radhakrishnan Nair, Publisher & Editor in Chief of Rolling Stone India said “Rolling Stone has been the world’s leading music and pop culture magazine for over five decades, and the magazine has been at the forefront of music coverage in India now for over a decade. The arrangement with 9XO will provide a unique opportunity for Indian television audience to see and enjoy some of Rolling Stone’s best video content featuring the who’s who of international music. We look forward to this association.”