The second season of SIP DAY, a one of its kind, mega ‘Investor Education Initiative’ in association with ET NOW, India’s leading business news channel, concluded on Friday, August 18, 2017 in the country’s financial hub, Mumbai. Earmarked every year as the day to educate investors & laymen on the benefits of investing and growing your wealth with the help of SIPs, the second edition brought together influencers, market experts, investors & laymen, all on the same platform to usher in the era of financial freedom.

Commenting on the occasion, Mr. M K Anand, MD & CEO, TIMES NETWORK said, “As India’s leading English Business News channel, ET NOW champions the welfare of both viewers and of the industry. Kotak SIP Day is the day that is dedicated to educate investors & the general public on the benefits of investing and growing their wealth with the help of SIPs. Partnering with Kotak Mutual Fund in its second season is a matter of pride for us at ET NOW. I am extremely proud that we are able to pursue such a worthy purpose. India is run by those who watch TIMES NETWORK channels. As a core constituent of the eco-system, we hope to continue these kind of initiatives in a more widespread and large-scale manner and look forward to creating a more financially strong and independent India in the coming years”.

Commenting on the occasion, Mr. Nilesh Shah, MD, Kotak Mutual Fund said “Financial independence & self-reliance is of utmost importance to attain true empowerment & to follow your dreams. With the second edition of Kotak SIP Day in partnership with ET NOW we look to continue our mission of empowering every Indian with Financial Freedom by creating awareness about SIPs, breaking common myths and spreading awareness on how beneficial SIPs can be.“

As a part of this mega initiative, ‘Financial Freedom Express Camps’ were organized by Kotak Mutual Fund, in association with ET NOW. Organised programmes were conducted for focused groups such as milk producers, farmers & employees of Amul Dairy, Anand on 25th July 2017, merchants & trader groups on 29th July 2017 in Chandni Chowk, Delhi. To spread knowledge during the festive season, a camp was also conducted with artists (designers, sculptors & painters) at the landmark area of Lalbaug’s Ganpati Pandals on 4th August in Mumbai followed by a camp organised specially for Central Railway’s Protection Force (RPF) officers  on 8th August in Mumbai. These Financial Freedom Express Camps were organised to reach out to specific groups or clusters of people, who may not have the best of financial advice at their disposal and in turn help them become financially sound & independent.

In addition to the on-air coverage of the campaign on ET NOW, a high decibel multimedia campaign aims to reach out to viewers across India through the use of print, radio, mobile, train, digital and social media promotions.

For those who missed the event, you can catch all the investing tips, financial advice and learn about the benefits of SIPs from the experts in two half hour special shows coming up on ET NOW & TIMES NOW in September. 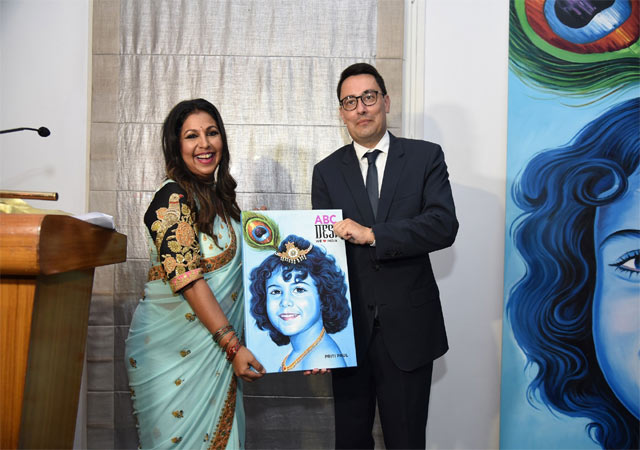