Muthoot Finance along with The Bombay YMCA organised Brainwaves 2017 competition 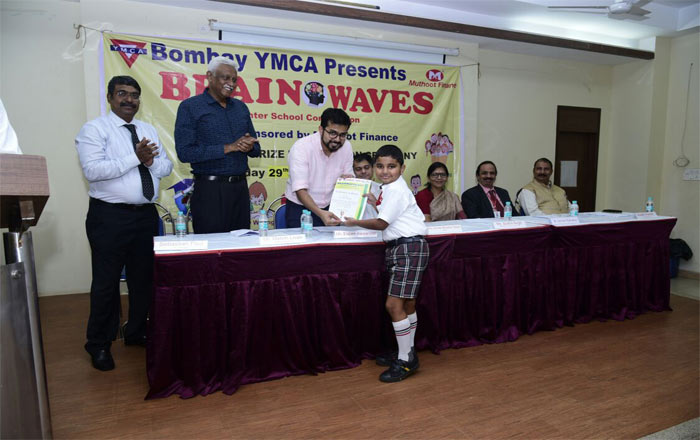 Muthoot Finance Ltd, India’s leading gold financing company along with The Bombay YMCA organised ‘Brainwaves 2017’ competition. The exclusive programme was conceived and conceptualised to bring out the best in students and to create a platform to enhance their personalities. 474 students from 16 schools participated in the competition that included Short Story Writing, Poster Painting, General Knowledge Contest, Elocution and Story Telling.

The winners were awarded with Rolling Trophies, cash prizes and a certificate. Maneckji Cooper Education Trust School won the Over All Trophy and Most Participation Trophy.

Mr. Eapen Alexander Muthoot said, “We were glad to be a part an event that gives platform to the students to nurture and encourage the young minds. We remain duly committed to the community with various corporate social responsibilities in the near future.”