Pune Times, city supplement of leading media house, The Times of India, has joined hands with Pune Police to support an initiative for women’s safety in the city. Pune Times has launched its campaign #MakeMyCitySafe as a big shout out to the youth of Pune to come together to make the city safer for everyone. This campaign will also be promoting the new City Safe app by Pune Police, through which the user can signal a SOS when in distress. The key highlight of the app is that it doesn’t require an active internet connection and aims to serve as an important tool in ensuring that one always feel safe in the city. Pune Times has stepped in to raise awareness surrounding women’s safety and spread the word about the app with its 360 degree approach.

Pune Times has initiated conversations in the city by using the campaign hashtag – #MakeMyCitySafe – to shed light on the high-priority issue of women’s safety. Driving conversations across the city dwellers, Pune Times will reach out to the youth across the city, engaging in college debates, capturing video messages from public figures in the city, dignitaries and police authorities, which will be shared across social media platforms. Videos teaching self-defence to women will also be created in partnership with Pune Police to ensure that they are aware about the immediate steps to be taken to protect themselves.

Speaking about the initiative, Sanjeev Bhargava, Director, Brand TOI said, A smart city needs to be safe city too. With more millennials and women in the workforce, it is important that one feels safe always – in office, while traveling, and even in late hours.  As the leading newspaper of the city, we feel our participation in this effort is essential. We are proud to partner with Pune Police to promote their City Safe app. It will enable the Puneites to always have a direct line to the Pune Police. Through multiple initiative in print and digital, we will engage the readers to share their feedback on safety issues and drive awareness on using technology and the app to make the city safer.”

Speaking about the partnership, Pune City Police Commissioner Rashmi Shukla said, “We are proud to associate ourselves with Pune Times to highlight the need of the hour – women’s safety in the city. We believe our City Safe app will be important in enabling youngsters feel safer and alert police immediately in case of trouble. It is a matter of utmost importance to us and we are taking a 360-degree approach to ensure that the message and gravity of this issue is communicated to every individual in the city. Together, we can make our city safer for all of us. Do join in the campaign and spread the message.”

Pune Times will take things a step ahead with on-ground activities in colleges as well as an engaging social media campaign to reach out to millennials in the city and inform them about the initiative. The messaging is being amplified through hoardings across key locations and traffic junctions in the city. The city’s police will support the campaign by sporting jackets with branding.

Tags:
Previous Article
Get everything NEW and NOW with Tata CLiQ’s exclusive NOW and WOW sale
Next Article
Zee Telugu’s show Super Serial Championship, is back with second season! 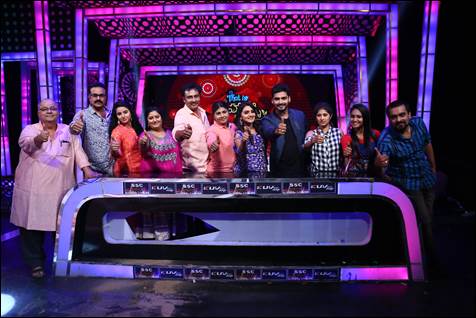