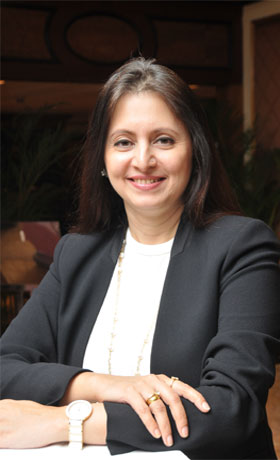 The Advertising Standards Council of India (ASCI), is a self-regulatory organization of the industry to promote, maintain, monitor and uphold fair, sound, ethical and healthy principles and practices of advertising content. ASCI’s Consumer Complaints Council (CCC) in recent times has received a slew of complaints against the condom advertisements with explicit adult content being aired during family viewing hours, requesting ASCI to declare a ban on these advertisements. However, ASCI has not upheld these complaints seeking a ban on such advertisements as the condom advertisements are promoting product usage which plays a significant role in curtailment of sexually transmitted diseases  and has a larger public service cause.

At the same time, ASCI does empathize with the consumers’ grievance that some of the condom advertisements are detrimental to the children’s sensibilities as they focus on sensationalising the act and play heavily on sexual content to grab eyeballs rather than being educative, informative and focused on the benefits of condom usage for audience of all age groups.

However ASCI, being a body self-regulating advertising content, has no remit over advertising placement in media. Taking all perspectives into consideration, ASCI had suggested the MIB to consider restricting the telecast of sexually explicit condom advertisements during watershed hours of 10:00 p.m. to 6 a.m. so that exposure to pre-teens could be minimised. The concept of watershed hours is also practiced globally in various countries like Australia, Austria, Brazil, Canada, France, Kenya, UK and US to name a few.

Commenting on this move, Shweta Purandare, Secretary General, ASCI added, “It is important to highlight that condom advertisements meant for family viewing, which disseminate health benefits or propagate information on safe sex practices, the implementation of which can diminish accidental pregnancies and sexually transmitted diseases (STDs) / HIV continue to be allowed to air without restriction. The condom advertisements that have come under watershed hour restriction are the ones which lean on sexual innuendos which could be violating certain provisions of Cable TV Act’s Advertising Code. Advertisements that were complained against were not about HIV protection, prevention of teenage pregnancy or population control. Instead, they focussed on sexual titillation, highlighting product flavours or features, which made them embarrassing and distasteful to be viewed, especially in the presence of children during family viewing hours. As these advertisements were not objectionable for viewing by adults, they could be aired during the watershed hours. ASCI welcomes this move which provides a pragmatic solution addressing the concerns of all stakeholders.”