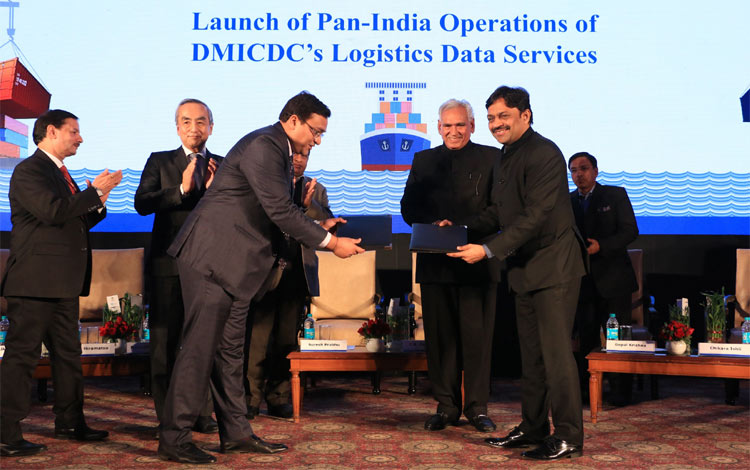 DMICDC Logistics Data Services (DLDS), a joint venture between the Government of India represented by National Industrial Corridor Development and Implementation Trust (NICDIT) and Japanese IT major NEC Corporation, has announced the launch of the pan-India operation of its Logistics Databank (LDB) Service.

At the ceremony, agreements were signed to extend the service to Krishnapatnam in Andhra Pradesh, and Kattuppalli and Ennore ports in Tamil Nadu and another terminal in Mumbai region. This brings total number of ports where LDB is operational to six; four terminals at the JNPT were the first to pilot the scheme and it was launched at 05 port terminals in Mundra and Hazira under Adani Ports and Special Economic Zone (APSEZ) in Gujarat in May this year, bringing nearly 90% of the traffic along the Western Corridor and 70% of the total container volume of the country under one tracking system.

LDB is an IoT, BigData and Cloud based solution implemented by DLDS. It uses RFID technology to provide near real-time visibility of container movement in the western corridor through the portal www.ldb.co.in

The LDB provides users a single window interface to check the location of the container along its entire journey, from ports to Internal Container Depots (ICDs) and Container Freight Stations (CFSs), with complete trace back information on intermediate points crossed and time taken.

The web-based interface enables search from any location and any device, and it sends SMS / email alerts to track priority containers and inform users of any delay. The Android version of the LDB for smartphones was also unveiled last evening. Since its launch in July 2016, the LDB has provided visibility to 5.5 million EXIM containers along the western corridor.

An analysis by the DLDS shows that when compared to June this year, the lead time for truck routes has improved by 25-27%. LDB provides detailed analysis of dwell time, average delivery time, efficiency of different port operators, CFSs / ICDs and Toll Plazas that are helping identify bottlenecks across the supply chain.

The data published by LDB Analytics report has helped in improving the Dwell Time of the ICDs by 18-20%, which means goods are moving around faster and delays are being reduced. Shri Suresh Prabhu, Minister of Commerce and Industry, Govt. of India, said the pan-India launch of LDB was the realization of a very important and ambitious project for India, in view of the data-driven future of the economy.

“Data is going to be invaluable to economic activity in the coming years; and projects like LDB that collect, process and convert data into value-added service are important for our future growth,” he said.

He also hailed the strengthening Indo-Japanese economic ties, especially in large-scale infrastructure projects such as the DMIC, and proposed setting up of an exclusive industrial zone for Japanese companies in India with infrastructure and amenities catering to their needs.

Shri CR Chaudhary, Minister of State for Commerce & Industry and Consumer Affairs, Food and Public Distribution, noted that India an only attract FDI with word-class infrastructure and production, and logistics is a critical component driving the operations. “Visibility and transparency in logistics as achieved by LDB in container transport can be model for other areas, for example our massive and complex public distribution system,” he said.

Shri Gopal Krishna, Secretary, Ministry of Shipping, said one of the priorities of the government is to transform existing ports and benchmark them to the best in the world.

Port-led development, as envisaged under the Sagarmala project, highway development through the Bharat Mala mission, the development of nearly 34 logistics parks across the country, combined with initiatives such as the LDB will have a transformational impact on the India’s goals with regard to ease of doing business, manufacturing and exports, he said.

“Perhaps the greatest success of LDB has been in creating a single, easily accessible platform to streamline multi-modal operations, and this has been realized with support of various ministries,” said Mr. Ramesh Abhishek.

The LDB is being implemented with the support of the Ministry of Commerce, Ministry of Railways and Ministry of Shipping, Road Transport & Highways. The Japanese government has also been helping with the promotion of LDB as part of its larger partnerships across the DMIC. It was one of the projects reviewed in the summit meeting of the Prime Ministers of India and Japan in September 2017.

Shri Kenji Hiramatsu said that Japanese investments in India have increased significantly in the past two years and the number of Japanese companies setting up shop in India has also risen steadily with strong bilateral and economic ties shaping up. “As the first commercialized project under DMIC, we expect LDB to help cut down transportation delays and make India an attractive destination for Japanese companies,” he said.

Speaking about the future plans for LDB, Mr. Alkesh Sharma, the CEO and MD of DMICDC and the Chairman of the DLDS said they plan to extend the tracking services for the Bulk Cargo.

“We will use the existing LDB Infrastructure and synergize with various other initiatives by the Indian government to bring in efficiencies across the logistics sector through the use of Information Technology,” he added.

DLDS has also introduced performance benchmarking of each stakeholder against the industry best and industry worst. The annual awards for top performers in the logistics industry were presented. 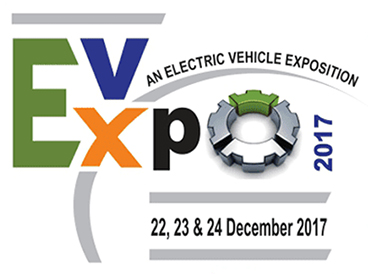