Hawa Badlo is a movement against Air Pollution support by GAIL (India) Ltd. which aims at reducing pollution levels & protecting the environment. Itaspires to transform India’s current air quality index and spread theawakening in rest of the country.

Hawa Badlo movement’s objective is to create awareness about the consequences of environmental contamination caused by human activity and itmotivates the masses to inculcate air-friendly habits such as switching toCNG/electric vehicles, carpooling, and use of public transport. As individuals, there are multiple things one can do to save our planet, our environment and, indeed ourselves.

Hawa Badlo intends to connect with school students in India who arethe future of India and are currently at massive health risks due to constantrise in pollutants in the air.

We are looking for Hawa Badlo School Warriors who with their creativity, imagination can create impactful short films onthe themes mentioned above

We are looking for Hawa Badlo School Warriors who with their creativity , imagination can create impactful art forms like posters, paintings, photographs orcraft pieces on the themes mentioned above.

Hawa Badlo movement is also a step towards building a sustainable environmentfor the country and creating a meaningful difference. Hawa Badlo connects withthe citizens to a single platform and protects human health and country from theeffects of Air Pollution.  GAIL India Ltd plans to support Hawa Badlomovement and empower the idea till it becomes a national movement. 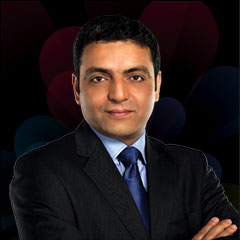