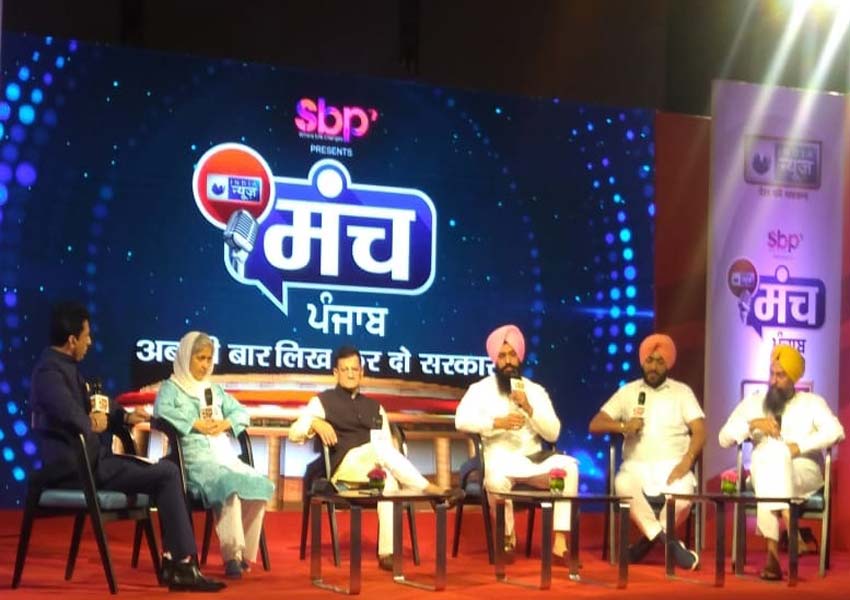 India News organized ‘Manch Punjab – Ab Ki Baar Likh Kar Do Sarkar’ a mega political conclave in Chandigarh. The conclave is organized to gauge the mood of the people of Punjab on the general elections. During the conclave, various state ministers and local MLAs attended the event. While India News team questioned the political leaders on the state politics and also discussed upon with topical issues including, agriculture, development & infrastructure, law & order and employment issues in the state.

In an exclusive session with Smt Kirron Kher, Member of Parliament from Chandigarh, while speaking with India News, she said “Chandigarh has always been my priority, and our BJP government has done many things for the people of Chandigarh. The development list is very long which includes better roads, resolving water crisis and starting new colleges and hospitals. I spent my entire MP led fund for the development in the city. I wanted to make Chandigarh like Silicon Valley” On the issue of nationalism she said “BJP’s agenda is development, but people like Rahul Gandhi sits in JNU with Tukde Tukde Gang, there is strong need to speak about nationalism. Prime Minister Modi is a true patriotic and a nationalist.  Speaking about Sunny Deol joining politics, she said “I have worked with deol family, they are very nice people, Sunny specially is a very nice person but very shy, he also has strong opinions on various issues.”

Shri Pawan Kumar Bansal, Congress Leader in one of the sessions, said “If I win this election, Metro project in Chandigarh will be the priority. No development has been done in the last 5 years and there is nothing called Modi Wave it is just a myth.”  While speaking on the nationalism politics by BJP, he said “I strongly object that BJP is giving us certificates of nationalism.”

In another session on ‘Nationalism v/s Ab Hoga Nyay’, the panelists including Shri Aman Arora, AAP Leader; Dr. Sukhvinder Sukhi, SAD Leader; Shri Sanjay Tondon, BJP President, Chandigarh;  Shri Gurpreet Singh, Congress Leader; Brig. (retd) Harbant Singh, President, All India Defense Brotherhood. The panelists discussed about how nationalism is an important agenda during this elections in Punjab and which all are the other key agendas are during the elections.

Manch Punjab is an initiative of India News, to foster a sense of citizenship and make political processes more transparent and accountable towards the people of the state.